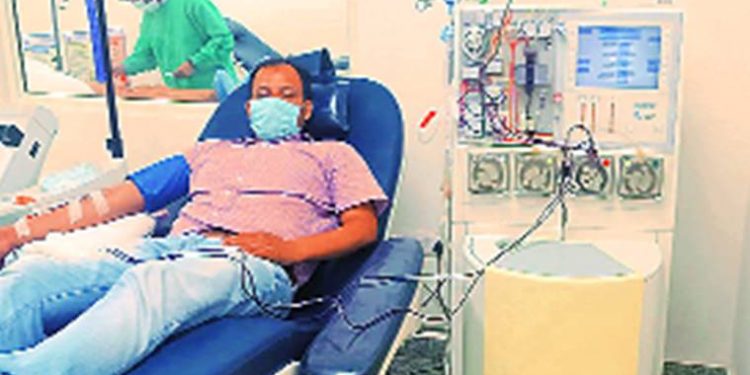 A 37-year-old resident of New Delhi has donated plasma for six times until now with an aim to help more people recover from COVID-19.

As per an Indian Express report, Tabrez Khan is now ready to donate his plasma for the seventh time and his highly generous acts has helped twelve people so far in recovering from the deadly virus.

“Each time I donate, I get an update from the hospital or the family that the patient has recovered and that they are grateful,” the report quoted Khan as saying.

Khan, who resides in the Jahangirpuri area in the capital city, has now been awaiting a call from LokNayak Hospital, to make his seventh plasma donation after a period of two weeks had passed since his last plasma donation.

He has made plasma donations twice at Institute of Liver and Biliary Sciences (ILBS), once at Max Hospital, twice at Sir Ganga Ram Hospital and once at Shree Aggarsain International Hospital in New Delhi.

Khan began displaying symptoms such as high fever, cold and cough on March 12 and his test report came positive.

AfterKhan was taken to the hospital on March 20 and was released a few days later on getting well,  he decided to donate plasma for the first time after seeing a government advertisement on plasma donation.

He donated plasma for the first time at the ILBS on April 21, when they were conducting plasma trials.

After getting requests again from people for plasma, he decided to keep helping people and received much love and respect from the receivers.