Kathmandu has been flooded with illegal stores that sell unregistered drugs or illegal aphrodisiacs purported to cure all kinds of sex related issues, with hundreds of customers falling prey to such ‘medicines’ whose health repercussions are unknown, the ‘Kathmandu Post’ has reported.

A recent crackdown by the Central Investigation Bureau (CIB) on these stores revealed that transactions of drugs purported to cure sex related limitations can be as high as Rs 100 million. The stores were found selling sex-related fake medicines or aphrodisiacs without approval from the Department of Drug Administration (DDA), the report said. 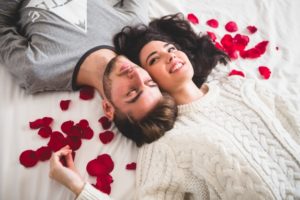 The CIB on Saturday arrested 15 persons for selling illegal drugs and charged with fraud. During the raids, the bureau teams confiscated a large cache of illegal libido boosting drugs in various forms, including capsules, creams and syrups.

The arrestees were found to have been tapping people through advertisements in newspapers and on radio, and supplied them with products that are not registered with the DDA. According to Superintendent of Police Jiwan Shrestha, CIB spokesperson, the arrestees have been importing such drugs from New Delhi, and selling them from offices set up in various parts of Kathmandu and through a network of agents across Nepal.

The Kathmandu District Court has remanded the arrestees to police custody for seven days for further investigation in the case.

In their statement, some of the arrestees have said that many people would order such goods online, while others would visit their outlets, Shrestha told the ‘Kathmandu Post’.

The CIB has been working in coordination with the DDA to determine registration details of such drugs. The DDA has confirmed that none of these drugs were registered with them, deeming them illegal for sale and consumption by people in the country.

What’s the lifespan of coronavirus on a surface?