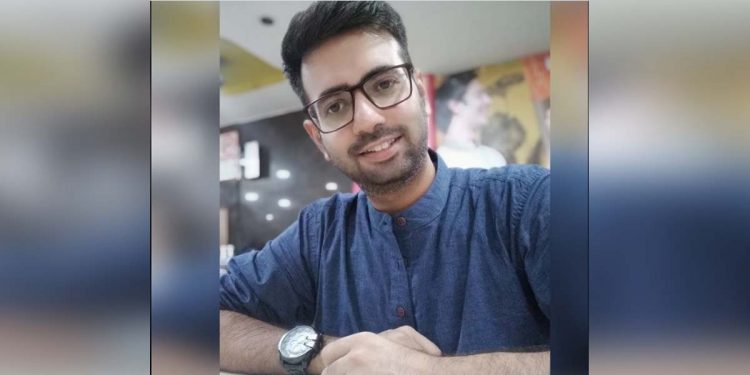 A junior doctor, who had COVID19 symptoms, died in Delhi even after he tested negative twice for the virus.

The 26-year-old resident doctor has been identified as Dr Abhishek Bhayana, who was posted at the surgery department of Maulana Azad Institute for Dental Sciences (MAIDS), New Delhi.

He died on Thursday morning.

According to the deceased’s family members, Dr Bhayana showed symptoms of COVID19 around 10 days back.

As he complained of throat pain and cough, his family members took him to a chest specialist.

After an X-ray, the results showed he had chest infection.

A media report quoted his elder brother Aman Bhayana as saying that Abhishek kept saying his symptoms were not of chest infection as he was having breathing problem.

Abhishek had to say that all of his symptoms were of COVID19, said Aman.

The report quoted a senior doctor of MAIDS as saying that despite having all the symptoms of COVID19, his test results were not found positive for the virus.

“He died of a heart attack,” the doctor said.

After the condition of Bhayana worsened on Thursday, his family shifted him to a nearby private hospital.

The report further quoted Abhishek’s brother Aman as saying: “He was fit and healthy. The negative result of Covid-19 tests may come due to several other reasons.”