India’s daily new Covid19 recovery cases have been exceeding the daily new cases for more than a month.

In contrast to 50,356 new reported cases, 53,920 Covid19 cases have recovered in the last 24 hours, the Union health ministry said in a statement.

This trend has been observed for the last five weeks.

This also played a pivotal role in pushing down the active caseload which is presently pegged at 5.16 lakh.

The active Covid19 cases, on a sustained decline as a result of the aforementioned trend, stand at 5,16,632 on Saturday.

This figure translates to a mere 6.11% of India’s total positive cases. 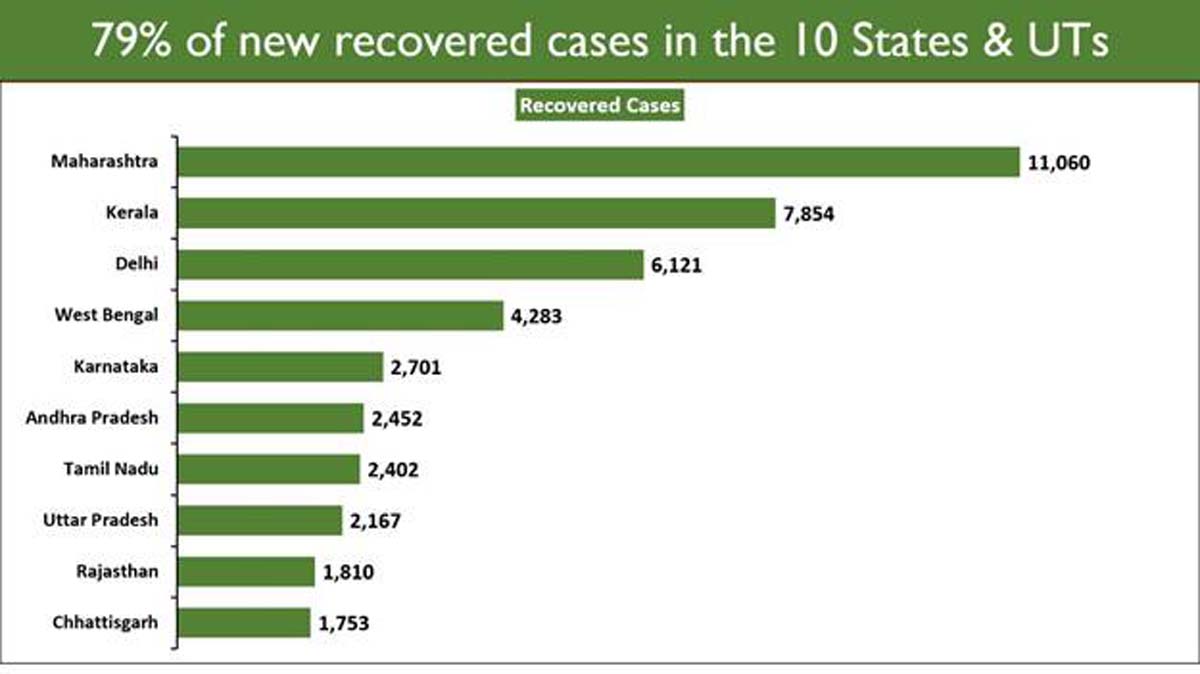 The gap between recovered cases and active cases presently stands at 73,03,254.

79% of the new recovered cases are observed to be concentrated in 10 States/UTs.

Maharashtra continues to have the maximum number of single day recoveries.11,060 recoveries have pushed up the State’s total recoveries to 15,62,342.

In keeping with the national trend, 18 States/UTs are reporting a higher recovery rate than the national average.

As per the health ministry, 77% of the new cases are from 10 States and UTs. 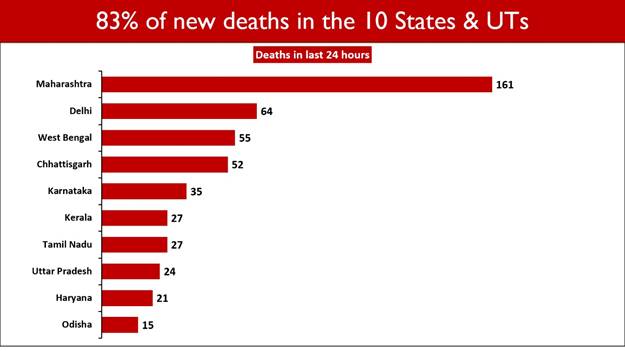 The ministry said 577 case fatalities have been reported in the past 24 hours.

More than 27.9% of new fatalities reported are from Maharashtra (161 deaths). Delhi and West Bengal follows with 64 and 55 new deaths respectively, it added.