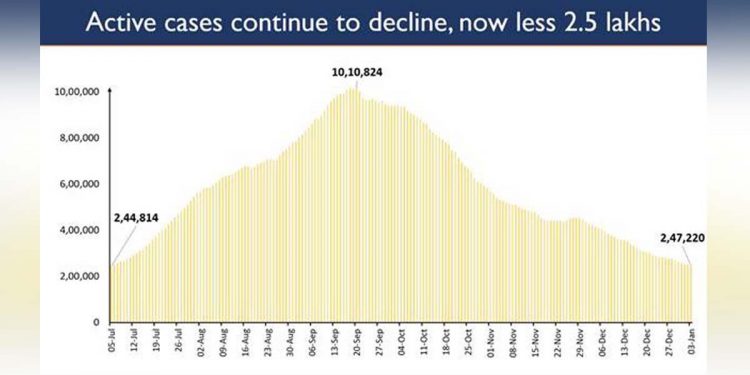 India’s trajectory of active cases continues to follow a steadily dipping path and the country’s active Covid19 caseload dropped below 2.5 lakh (2,47,220) on Sunday.

Confirming the news, the Union health ministry said this has been made possible by the trend of recoveries exceeding new cases and low number of fatalities per day which have ensured a total net reduction of the active caseload.

India’s present active caseload consists of just 2.39% of the total positive cases registered in the country so far.

The daily new recoveries recorded in the country have been more than the daily cases registered since the last 37 days.

The number of daily new cases in the last 24 hours is 18,177 while, 20,923 cases recovered and discharged during the same duration. 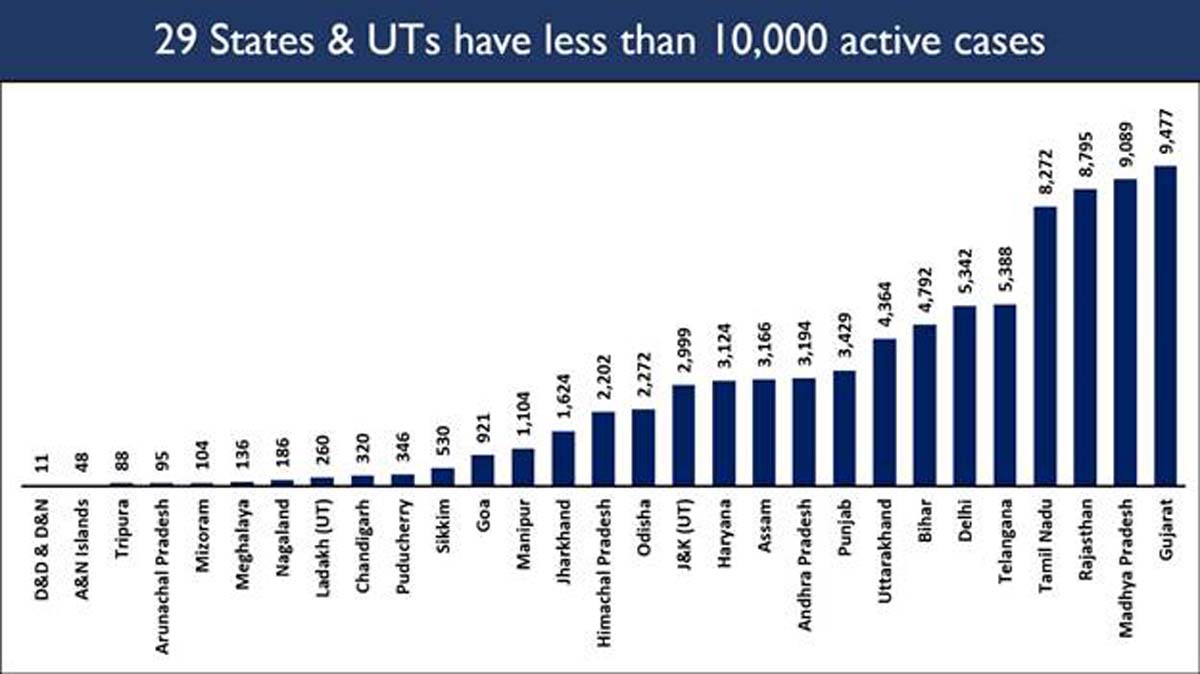 The rising recoveries have also improved the recovery rate to 96.16% on Sunday.

The gap between recovered cases and active cases is increasing and presently stands at 96,80,090.

The ministry said 78.10% of the new recovered cases are observed to be concentrated in 10 states/UTs.

Kerala has reported the maximum number of single-day recoveries with 4,985 newly recovered cases.

A total of 2,110 people have recovered in Maharashtra, followed by 1,963 in Chhattisgarh.

According to the Union health ministry data, 81.81% of the new cases are from 10 states and UTs.

It is followed by Maharashtra with 3,218 new cases while Chhattisgarh recorded 1,147 new cases.

In the last 24 hours, India has recorded 217 fatalities.

Ten states/UTs account for 69.59% of new deaths and Maharashtra has seen the maximum casualties (51) while West Bengal and Kerala follow with 28 and 21 daily deaths, respectively.