India will be ‘self-reliant’ in producing RT-PCR testing kits by May-end: Harsh Vardhan 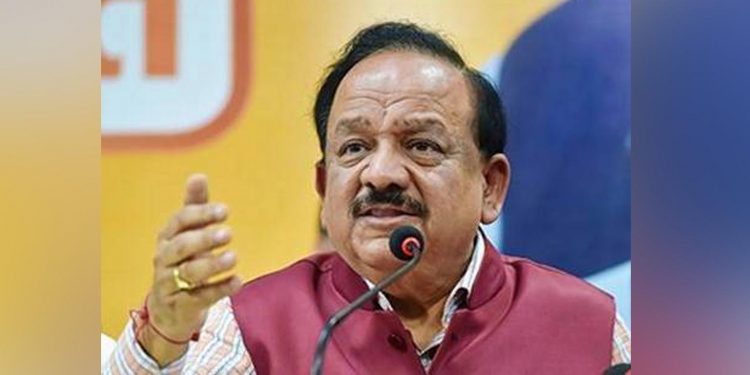 India will be self-reliant by the end of May 2020 in producing indigenous rapid test and RT-PCR diagnostic kits for COVID19, said Union health minister Dr Harsh Vardhan on Tuesday.

“The sincere efforts of Department of Biotechnology (DBT) scientists will enable the country to be self-reliant in production of RT-PCR and Antibody test kits by the end of next month,” said Dr Vardhan.

“This will make it possible to meet the target of conducting one lakh tests per day by the end of next month,” he added.

Dr Vardhan, who is also the minister for science and technology, on Tuesday had a discussion with DBT top brass, autonomous institutes and several public sector undertakings (PSUs) over COVID19.

“Out of at least half a dozen candidates supported for vaccines, four are in an advanced stage and regulatory platform at one place has been constituted for speedy clearances,” Vardhan said.

DBT secretary Dr Renu Swarup informed that DBT has evolved a multi-pronged research strategy and action plan for immediate response as well as for long-term preparedness to tackle COVID19.

These multifaceted efforts include research towards development of candidate vaccines, therapeutics, and suitable animal models for COVID19 as well as development of indigenous diagnostics and genomic studies on the host and pathogen.

During interaction with DBT scientists, the Union health minister was informed about various computational methods being developed by DBT labs to predict potential antiviral drug molecules.

In another strategy, surrogates of the virus are being developed representing one or more        critical steps in virus lifecycle and inhibitors are being tested.

Work is in progress to isolate neutralizing antibodies either from the patients recovered from COVID19 or from human antibody libraries.