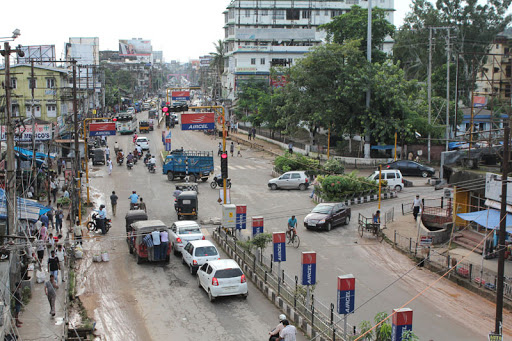 The Ministry of Housing and Urban Affairs, government of India, had released an advisory on holistic planning for pedestrian friendly market spaces in consultation with stakeholders.

The advisory said when cities look to ease the lockdown they should provide safe, affordable and equitable modes of transport while ensuring physical social distancing.

For this the need for pedestrianization of market spaces through walking and cycling friendly cities is of utmost importance.

The COVID-19 pandemic presents us with an opportunity to reimagine streets for people.

To make market areas COVID-19 safe and people-friendly, the need of the hour is for Indian cities to consider pedestrianizing them.

In this regard, Arshel Akhter, the Bicycle Mayor of Guwahati had written an email, on June 30 last, to chief minister of Assam Sarbananda Sonowal.

The following streets in Guwahati were proposed to be taken up for implementation of this advisory.

The above streets were selected after consultation with many regular bicycle commuters of the city along with advisory support of The Green Lane Foundation and Pedal for a Change.