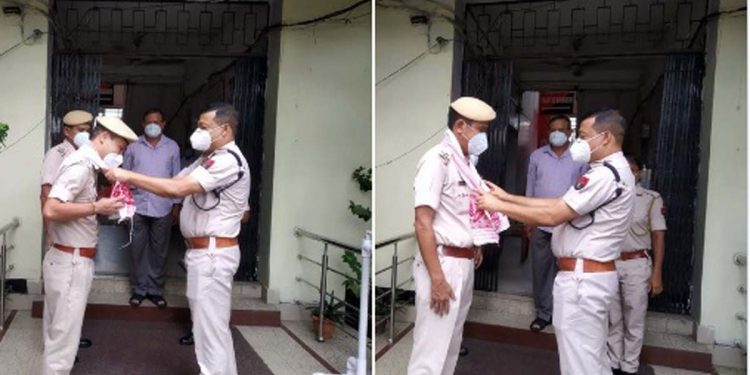 The COVID19 positive cases among Assam Police personnel increased to 869 on Sunday.

Confirming the news, the Assam Police on its official Twitter handle on Sunday said out of the total police tested positive for COVID19 positive, 484 have recovered.

“As on today, a total of 869 of our personnel have tested positive for #Corona, out of which 484 have recovered. One of our colleagues made the supreme sacrifice and inspires us every day,” the Assam Police tweeted.
It informed that 50 of the police personnel, who were earlier infected by the virus, have recovered and joined their duty.

“After fighting bravely, 50 of our #CoronaWarriors have already joined back for duty,” it said.

Confirming the news, Assam health minister Himanta Biswa Sarma in his latest tweet on the state’s COVID19 status said out of the 1,018 new positive cases, Guwahati alone has reported 577 cases.

Assam currently has 7,916 COVID19 active cases.
Earlier, a total of 16,023 COVID19 patients were discharged from various hospitals across Assam after they tested negative for the virus.

On Sunday, a total of 858 patients, who were earlier infected by the virus, have been discharged from the hospitals in the state.

With the demise of four more persons on Sunday, the deadly disease has so far claimed the lives of 57 people in Assam.