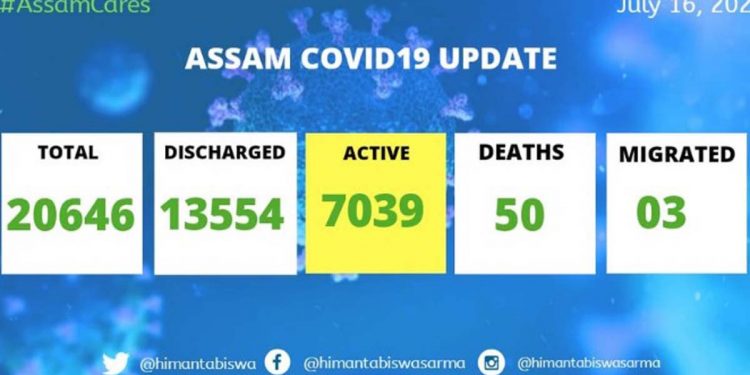 The health minister informed that out of the infected patients, Kamrup Metro district has reported 598 positive cases including 184 from the Guwahati Central Jail.

After reports of mass transmission in Guwahati Central Jail, health minister Sarma along with health officials visited the jail premises on Wednesday and reviewed the situation.

Out of these, 598 patients are from Kamrup (Metro), which include 184 from Guwahati Jail#StaySafeStayfit

With the new cases, Assam currently has 7,039 active COVID19 cases.

Earlier, a total of 13,554 patients have been discharged from various hospitals across Assam after they tested negative for the virus.

On Thursday, a total of 666 COVID19 patients were discharged from the hospitals in Assam after their recovery.

The deadly disease has claimed the lives of 50 people so far.

The COVID19 victims have been identified as 50-year-old Bidul Ahmed from Baksa district and 63-year-old Upen Ch Sharma from Kamrup Metro district.