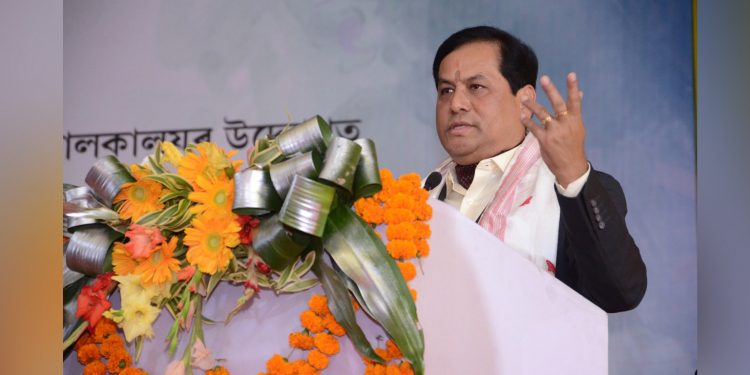 Around 55,000 households in Guwahati will receive clean drinking water within December this year.

Assam chief minister Sarbananda Sonowal will launch the first phase of the scheme on March 15 next.

This decision was taken on Tuesday at a review meeting of Guwahati Development Department (GDD) chaired by the chief minister at his conference room of Janata Bhawan.

Top officials of the department appraised the chief minister about various projects being implemented by GDD in the city.

The chief minister directed the department to cover all people living in the city by the water supply scheme.

In the meeting various aspects of house building norms in the city were also discussed.

GDD officials informed the chief minister that from now onwards even an owner of a four lecha land plot would also get house building permission under Mukhya Mantrir Sahaj Griha Nirman Achoni.

Moreover, a person having a plot between four lecha to 10 lecha would immediately receive permission for building construction.

Directing the officials to strictly implement the house building rules in the city, the chief minister said it is very important to adopt earthquake resistant construction designs as Assam falls in the high seismic zone.

He also issued directions for keeping ground floor free for parking in all buildings to be constructed in future, ensuring security of the lifts used in the buildings, keeping adequate provisions for divyangs in all commercial buildings, making provisions for rain water harvesting etc.

The chief minister also directed GDD to take steps to use bamboo and cane products in construction of houses so that the locally produced products like bamboo, cane etc could be popularized.

He also instructed PWD to use tiles and furniture made from bamboo in the buildings constructed by the department.

Implementation status of smart city project was also reviewed in the meeting.