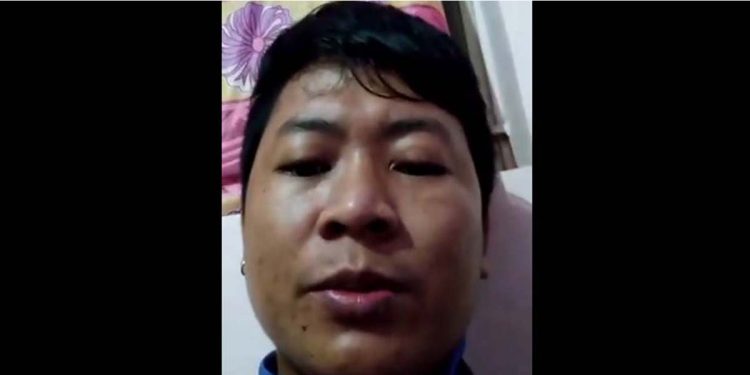 A youth from Assam’s Biswanath district has tested positive for COVID19 in Bangalore in Karnataka.

The youth, identified as Mani Kumar Subba, is a resident of Tinishuti in Biswanath.

After the test, his sample was found positive for COVID19 four days back.

But the youth, who is a ‘symptomatic’ COVID19 case, said he was yet to get treatment for his ailment.

Failing to contact the health department of Karnataka, the youth on Sunday made a video that was shared by a facebook user on the social media platform.

In the video, the youth said he was staying at Hoodicircle under Mahadevapura police in Bangalore.

In the video, the youth said, “Hello everyone, this is Mani Kumar Subba. I am a COVID19 positive patient.”

“Before 7 days, I went to a private hospital and tested my COVID19 and after that the doctors of the hospital asked me to remain in home quarantine and have been in quarantine since then. After two days, my COVID19 test result came out positive,” Subba said.

He informed that after his COVID19 test result came positive, he dialled the toll-free number to contact the health department so that he can be shifted the Covid Care Centre.

The youth said he tried calling at toll-free number and even the police stating his health condition but there was no positive response from any side despite his efforts to contact the appropriate authority.

He further said a receiver assured that an ambulance would come to take him within an hour, but nothing as such has happened so far.

So, the youth has requested the Assam government, chief minister Sarbananda Sonowal and health minister Himanta Biswa Sarma to extend him help in getting treatment.

According to the latest update, as the youth’s video went viral on social media, he has been shifted to a Covid hospital in Karanataka.

He is in Bangalore, Karnataka.. He is Covid19 positive last 4 days.. They were trying to contact with Health…