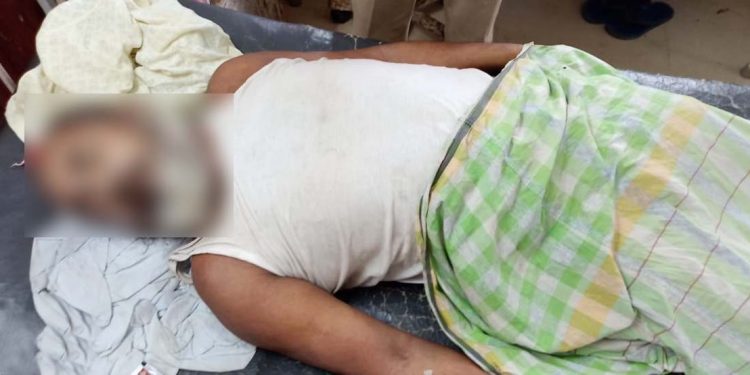 The deceased has been identified as 57-year-old Bokul Mia, a resident of Beparipara in Chilmari Romona under Chilmari police station of Bangladesh’s Kurigram district.

He was among the 26 Bangladeshi nationals, who were arrested by Dhubri Police on charges of violating lockdown norms.

Ailing Mia was shifted to Dhubri Civil Hospital on Tuesday after being referred by the medical officer of the jail hospital for better medical investigation and treatment as he vomited a few times and was a patient of high blood pressure.

District health official sources revealed that Mia’s swab sample was collected for COVID19 test earlier and it was found negative.

The Bangladeshi authority is being communicated for handing over the mortal remains of the deceased to his family in the neighbouring country.

Police informed that the 26 Bangladeshi nationals, including the deceased, entered India on tourist visa and were working as fishermen in Jorhat and Sivsagar districts of Assam.

They borrowed two vehicles from Jorhat with a motive to return to their country amid the nationwide lockdown and on May 3, they were stopped at Bahalpur area along the inter-district border under Chapar police station of Dhubri District.

On June 12, a Bangladeshi team led by the Assistant High Commissioner of Bangladesh, Dr. Shah Mohammad Tanvir Mansur, visited the Dhubri district jail and took the stock of the situation and also had a discussion with the top officials of the district.

Meanwhile, Dhubri Civil Hospital sources said the body of the deceased has been sent to Fakhruddin Ali Ahmed Medical College and Hospital at Barpeta for proper packaging and will be returned back to Dhubri from where it will be sent to Bangladesh.