I am glad I joined the doctors and nurses on the occasion of administering of first plasma at GMCH ICU: Himanta 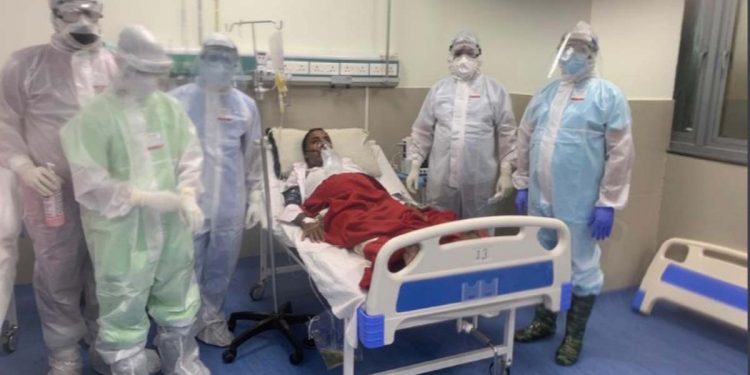 Along with other parts of the country, the plasma therapy to treat COVID19 patient has been started in Assam.

Sharing the news on his Twitter handle, Assam health minister Himanta Biswa Sarma on Thursday said: “Compliments to our doctors as we started plasma therapy today.”

Stating that “plasma therapy offers us good hope”, Sarma urged all the “potential donors to come forward and donate their plasma”.

Compliments to our doctors as we started #plasmatherapy today. I am glad I joined the doctors and nurses on the occasion of administering of first plasma at GMCH ICU. #Plasma therapy offers us good hope.

I urge all potential donors to come forward and donate their plasma. pic.twitter.com/tNXxvzwa0s

Talking to a section of the media, Sarma revealed that the plasma donated by Dr Likhitesh, a post-graduate student of medicine at GMCH, who tested positive for the disease in May, and was later cured, has been administered to a patient whose condition is very critical.

Assam government recently opened a plasma bank at GMCH for treating COVID19 patients and the first donor was Dr Likhitesh.

Meanwhile, Delhi health minister Satyendar Jain has credited plasma therapy with his recovery from COVID19, and reports of its success have been pouring in from around the country.

Even as multiple trials remain underway to establish its efficacy against a disease that has battered the world, plasma banks have been set up to ease patients’ search for donors, says a media report

Social media is flooded with requests for plasma donors, and many high-profile recovered COVID19 patients have either pledged or already donated their plasma for people still under treatment.

Till July 6, a media report says, there were 11 trials registered in India to test the efficacy of convalescent plasma therapy, with other hospitals carrying it out on an investigational, case-to-case basis.

The doctors at Delhi hospitals say the results of plasma therapy trials have been “encouraging”, but add that it is no magic bullet.

The trial, taking place across 50 sites in India, has collected data from 350-odd patients.