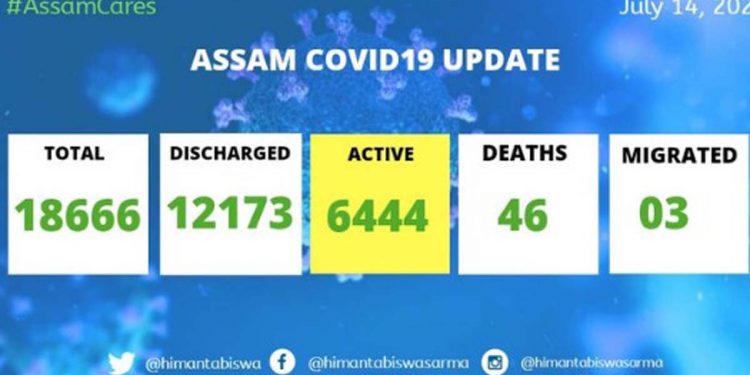 Confirming the news Assam health minister Himanta Biswa Sarma in a tweet at 11.58 on Tuesday said out of the 859 new positive cases registered in Assam, Guwahati alone has reported 627 cases.

With these new cases, Assam currently has 6,444 active cases.

Earlier, a total of 12,173 patients, who were earlier infected by the virus, have been discharged from various hospitals across Assam after they tested negative for the virus.

On Tuesday, a total of 757 patients were discharged from different hospitals in Assam after their recovery.

Meanwhile, the COVID19 death toll in Assam increased to 46 after the demise of 6 more persons due to infection on Tuesday.

“They succumbed to COVID19 as per Death Audit Board report,” Sarma tweeted, adding, “My prayers, and condolences to the families.”