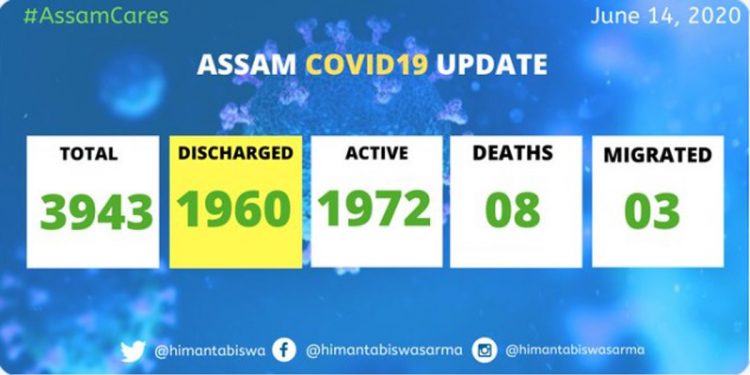 Confirming the news, Assam health minister Himanta Biswa Sarma in a tweet at 7.45 pm on Sunday said the infected patients have been detected in 9 districts.

On Sunday, Assam has registered a total of 149 positive cases so far.

With the new cases, the number of total active Covid19 cases in Assam stands at 2,078.

Earlier, a total of 1,960 Covid19 patients have been discharged from various hospitals across Assam after their recovery.

On Sunday, a total of 155 patients were discharged from various civil, district, and model hospitals after they tested negative, Sarma informed in an earlier tweet.

The deadly disease has claimed the lives of 8 persons in Assam so far while 3 cases migrated from the state.