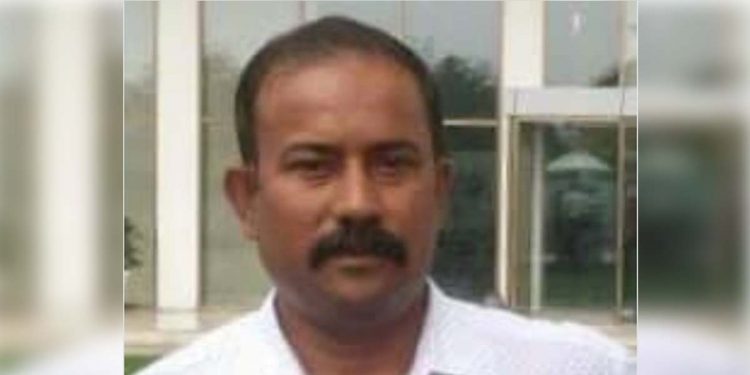 The death of Sameer Phukan, a resident of Jorhat’s Phukan Ali on Saturday night, has brought to the fore the poor state of the medical system prevailing in Jorhat Medical College Hospital (JMCH).

Bondita Acharya, cousin of Sameer in a Facebook post, has slammed the system, while giving details how her brother, Sameer alias Raju, died allegedly due to lack of any treatment.

The doctors allegedly refrained from offering any treatment and waited for the Covid19 test results, which came too late.

There are 19 seats in the ICU for COVID19 patients in JMCH while 25 seats have been left for critical non-COVID patients.

Bondita Acharya, an alumnus of Assam Agricultural University and an activist, who has attended several international events including one at Geneva, writes in her post:

“During the lockdown suddenly we all become very health conscious. Being a diabetic and for having blood pressure, my brother Raju became extra cautious and bought an oximeter to check his oxygen level.

“For past few days he developed cough and breathing problem and he found his oxygen level was going down to 90 and then further down to 85,” Bondita writes.

So, on July 28, he decided to get admitted to JMCH for better health care.

“He totally believed the Health God of Assam and surrendered to him. My poor brother did not realise that he was actually entering to death cave.

“His first antigen test was coming negative and then they did the other test.

“He was given a place at JMCH and hospital instructed him to take care of himself.”

Accusing the hospital of gross negligence, she further writes: “Since 28th July he was all alone in a room. No one was there to help him to get water, put on oxygen.”

“He was just told if you feel uneasy put on the oxygen mask on your own. It was a self service Covid Health facility without a visit of doctor, nurse or any health attended.

“If he complained of any health problem doctor prescribed some cough medicine from outside. His family supplied the medicine, food to him. His sugar level, blood pressure got increased.”

He called home and said, “No one is here. I have to take water of my own, put oxygen on my own.”

“Doctors expressed (cannot say formally) that their hands were tight with strict Covid Protocol. They cannot do anything without the Covid test result.

He was lying at one place in JMCH from July 28 to July 31 evening “unattended without any treatment”.

“At around 7 pm on 31st July the much waited result came with positive mark and then immediately he was shifted to ICU for Covid treatment,” Bondita said.

“The delay, lack of treatment, protocol, irresponsible attitude of hospital had already done so much of damage on his physical and mental health.

“On 1st evening hospital authority informed the family that his situation is improving and condition is stable,” Bondita said in her post.

“It was such a relief for all of us. Then again at around 9 pm the deadly call came and informed the family that he is no more,” she added.

“We all got dumb by losing him at the age of 51. We became helpless, cannot go to meet each other due to Covid guideline and they have also got a red banner of Covid Positive before the house.

“Who has killed him? Covid or Covid system? This is the complete failure of health system.

“At one hand the Health God takes the pride of high recovery rate by providing some paracetamol, vitamin C and self service health facility and on the other hand also terrorises people if we don’t avail the business in the hospital state will not be responsible for any health emergency.”

“My obedient brother too got frightened and at the same time he also became optimistic for the recovery rate,” Bondita further said in her post.

Like several others before her, Bondita too has alleged that this was all about numbers.

“The state has got a number more to reach to the tally of Health God of 65000 number of Covid positive by 15th August and also money to Covid Fund. But we have lost our beloved brother Sameer Phukan, Raju.

“Would Sameer have lived had he received treatment on the day he had been admitted?” she questioned.

A group of citizens, led by advocate Rintu Goswami, recently submitted a memorandum to the Assam chief minister and the health minister urging their intervention in the treatment of critically ill patients at JMCH.

The appeal came after a critical patient (non-Covid) with heart ailment was allegedly left unattended by doctors at JMCH while they waited for the COVID19 test results to come out.

The first death in our family due to Covid-19 situation. JMCH declared my cousin brother Covid positive on 31st evening…