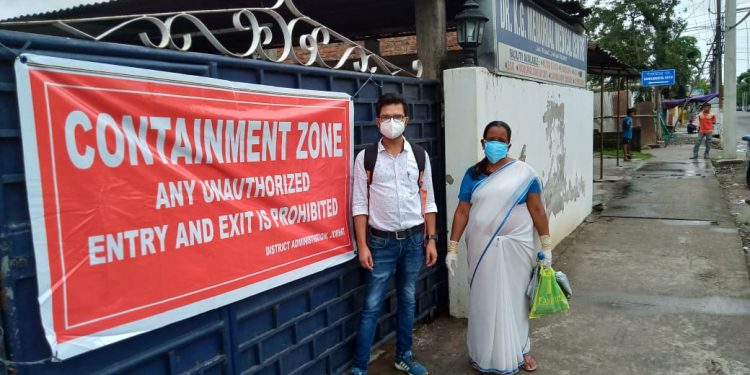 Meanwhile, the K G Nursing Home at Jail Road has been declared as a containment zone with eight staff testing positive.

Jorhat deputy commissioner Roshni A Korati told newspersons that the unlock of Jorhat would begin on July 23.

She said the shops on either side of a road would be allowed to be opened on alternate days from 7 am.

Jorhat is under an indefinite lockdown since July 16 following a total lockdown from July 9 to July 15.

Korati informed on Monday evening that out of 101 new positive cases found, 100 did not have travel history and 51 among them were from Jorhat town.

Among the 51 of Jorhat town, 50 persons did not have travel history.

The deputy commissioner said on Sunday a screening centre to carry out test for COVID-19 was opened at the Government Girls’ H S School and on Tuesday two more such centres will be opened at Dhenusucha LP School and Kalyan Sangha LP School, both also within Jorhat Municipal Board areas.

She further said a temporary COVID Care Ventre was being set up at the JDSA grounds and that National Institute of Design and the Titabar Civil Hospital were also being converted into COVID Care Centres.