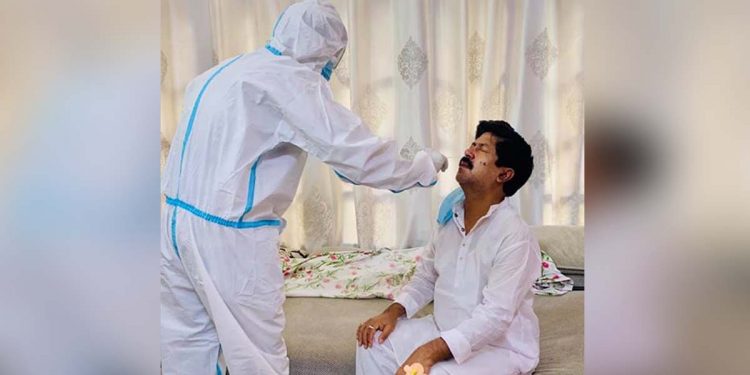 “With a very sad heart I would like to inform that I have been tested Covid-19 positive (+ve) from the first swab sample test few minutes back,” Laskar said in his Facebook post at 2.50 pm on Tuesday.

The Deputy Speaker said he was not feeling well since the morning on Tuesday.

Laskar informed that the other members of his family have tested negative for COVID19.

“I was not feeling well was since morning. I would also tell that my all other family members have tested Negative (-ve),” Laskar said.

He, however, requested the people, who came in contact with him in the last one week, to isolate themselves and get their samples tested for COVID19 for protect themselves and their families.

“Those who have came into my contact from the last 1 week, Please isolate yourself and get yourself Covid tested,” Laskar added.

With the release of 1,362 patients on Monday, the total number of discharged patients in Assam now stands at 25,402.

On July 15, Laskar inaugurated a PWD Road from Sonabarighat Bazar Point to NH-54.

“Although the situation of Covid-19 is difficult, I am forced to do something in the public interest.
Today I have Inaugurated a PWD Road from Sonabarighat Bazar Point to NH-54 via Ferighat under SOPD FY-2019-2020. Estimated amount : 69,99,999.00,” Laskar said in a facebook post on July 15.

“I hope, this initiative will reduce the communication & transportation problem of locality,” he had said.