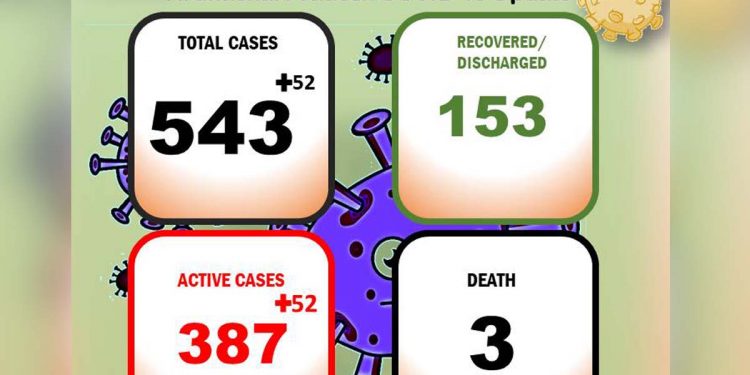 Confirming the news, the directorate of health services, Arunachal Pradesh, while sharing the state’s latest COVID19 status on its Twitter handle said out of the 52 new cases, 42 positive cases have been reported from the Itanagar Capital Region (ICR).

The Arunachal Pradesh health department said of the infected patients, 7 have COVID19 symptoms and the rest are “asymptomatic” patients. 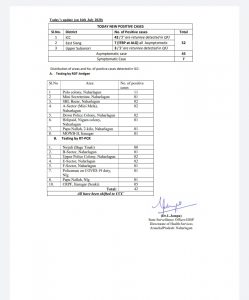 All the infected patients are being shifted to the Covid Care Centre, the health department said.

The state surveillance officer of the state health department, Dr L. Jampa informed thatof the 42 positive cases detected in the Itanagar Capital region, 2 are returnees and they were detected in quarantine facility.

The 7 cases in East Siang district were detected at the ITBP, ALG and all are asymptomatic while the 3 cases in Upper Subansiri are returnees and they were detected in the quarantine facility.

According to the data shared by the health department, Arunachal Pradesh currently has 387 active COVID19 cases while 153 people have been discharged from the hospitals after they tested negative.

The deadly disease has claimed the lives of 3 persons so far. 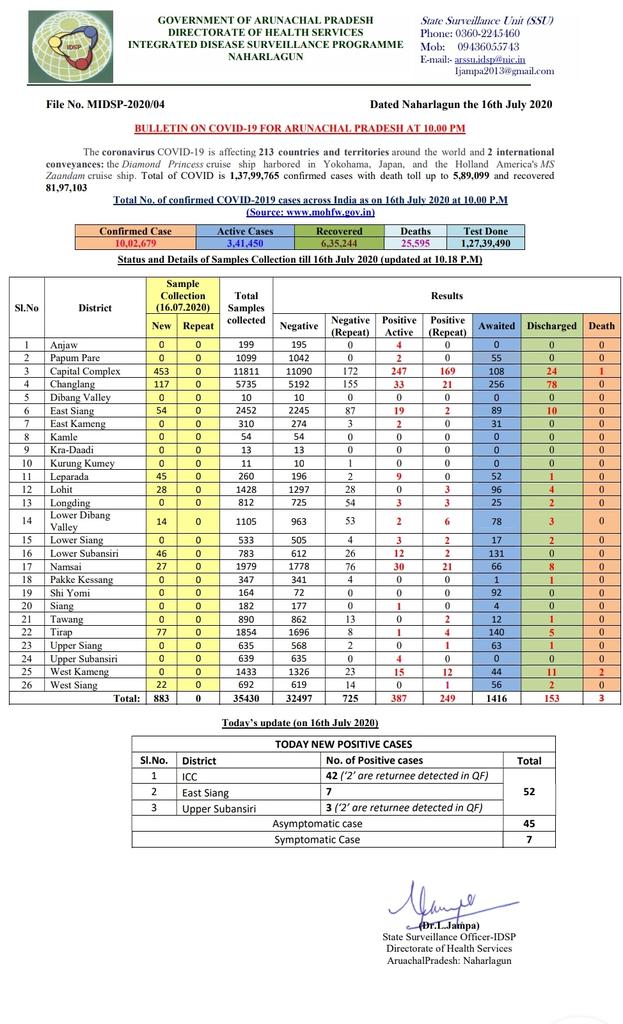