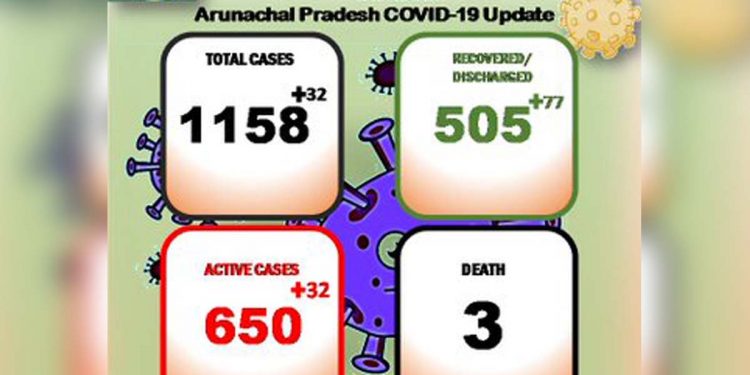 While Itanagar Capital Region (ICR) has reported a total of 5 COVID19 positive cases , one each case has been reported from East Siang and Lower Subansiri districts.

The health department informed that 23 cases are “asymptomatic” and the other 29 are “symptomatic” cases.

The health department further informed that 77 more patients, who were earlier infected by COVID19, have been discharged from various hospitals after they tested negative for the virus.

With the release of these patients, the total number of discharged patients in Arunachal Pradesh has increased to 505.

Arunachal Pradesh currently has 650 active cases while 3 positive patients have succumbed to COVID19 infections in the state so far.