Confirming the news, the directorate of health services, Arunachal Pradesh on its Twitter handle said the new cases have been detected in 17 districts.

The highest number of new COVID19 cases has been detected in the Itanagar Capital Region (ICR).

While the Itanagar Capital Region has reported 51 new cases, 15 other cases have been reported from Lower Dibang Valley district.

The health department said of the infected patients, 142 are asymptomatic and 5 are symptomatic.

Meanwhile, 183 other patients, who were earlier infected by COVID19, have been discharged from 18 districts after their recovery.

With the release of 183 patients, the total number of discharged patients in the state has increased to 3,906.

The deadly disease has claimed the lives of total 9 positive patients in the state.

According to the health department data, the death rate of Arunachal Pradesh is 0.16%. 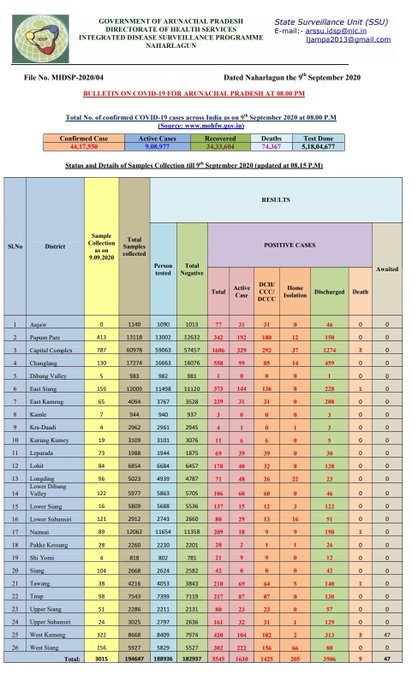