According to the latest update, shared by the directorate of health services, Arunachal Pradesh, on its Twitter handle, the new positive cases have been reported from 17 districts.

In the last 24 hours, Itanagar Capital Region (ICR) has reported the highest number of positive cases.

The health department informed that 184 cases are asymptomatic and 27 other cases are symptomatic.

Meanwhile, 140 other patients have been discharged from 13 districts after their recovery, the health department said.

According to the health department data, Arunachal Pradesh currently has 1957 active COVID19 cases and the positivity rate is 27.18%.

With the recovery of 140 more patients, the total number of recoveries increased to 5,280.

The deadly disease has claimed the lives of a total of 13 positive patients in the state and the death rate is 0.17%. 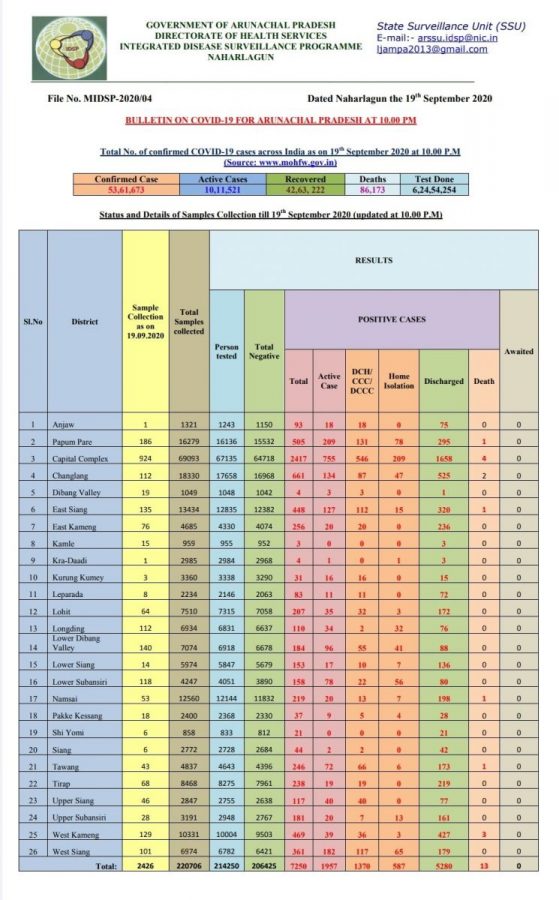