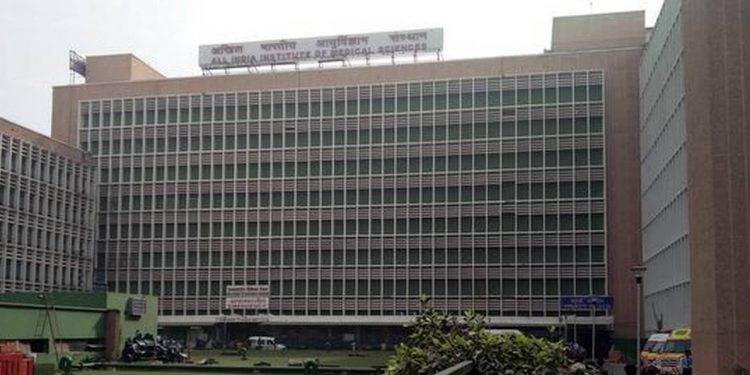 A 35-year-old youth allegedly committed suicide by hanging at the All India Institute of Medical Sciences (AIIMS) in Delhi, police said on Thursday.

The youth was found hanging in the bathroom of the premier health care institute in Delhi.

He was found hanging with a plastic pipe, which is used with glucose bottles, in the bathroom of the Yellow Zone in the AIIMS Trauma Centre.

No suicide note was recovered from him, said police.

“On July 16 at 12.55 a.m., an information regarding the suicide in the bathroom at the AIIMS Trauma Centre’ was received in the Police Station Hauz Khas from AIIMS Hospital, New Delhi. On inspection, a ligature mark over the anterior aspect of Neck was found on the deceased,” said Atul Thakur, DCP South Delhi.

The patient has been identified as RajMani Patel, a resident of district Satna in Madhya Pradesh.

The deceased was rushed to the emergency area where doctor declared him brought dead.

“A body has been preserved and proceeding U/s 174 crpc is being conducted. No suicide note has been found so far and as per the statement and inquiry conducted, the matter is under investigation,” the officer said.