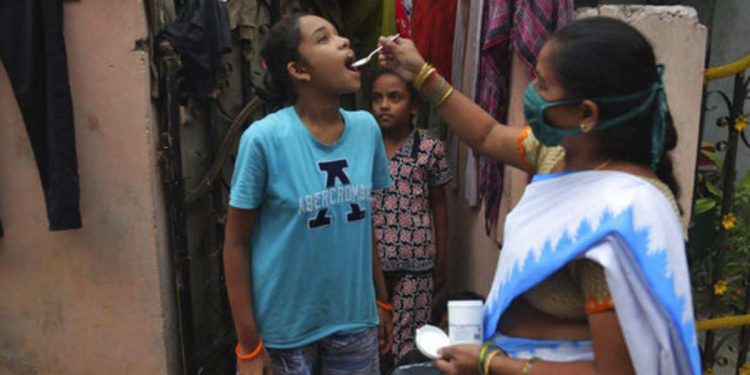 Three Northeast states including Meghalaya, Sikkim and Tripura along with 11 other states across India have shown a substantial reduction in worm infection prevalence, revealed the latest report on the National Deworming Day (NDD).

Officials in the Union health ministry said all 14 states have shown a reduction in the follow-up survey compared to the baseline prevalence survey.

The states of Chhattisgarh, Himachal Pradesh, Telangana, Rajasthan, Madhya Pradesh and Bihar have shown a substantial reduction in worm prevalence, according to the STH follow-up prevalence survey.

These are known to have detrimental effects on children’s physical growth and well-being and can cause anemia and under-nutrition.

Since its launch in 2015, the National Deworming Day (NDD), a flagship programme of the Union health ministry, is implemented as a biannual single day programme implemented through the platforms of schools and anganwadi centres.

Albendazole tablet, approved by the World Health Organization (WHO), is used for the treatment of intestinal worms in children and adolescents as part of Mass Drug Administration (MDA) programmes globally.

In the last round of deworming earlier this year in the country (which was halted due to the COVID pandemic), 11 crore children and adolescents were administered Albendazole tablets across 25 States and UTs.

The risk was estimated based on the hygiene and sanitation practices and limited STH prevalence data at that point of time.

To assess the exact burden of STH in India, the Ministry of Health and Family Welfare appointed the National Centre for Disease Control (NCDC) as the nodal agency to coordinate and conduct nationwide baseline STH mapping.

In collaboration with partners and government agencies, NCDC completed the baseline STH mapping across the country by the end of 2016. The data showed varied prevalence ranging from 12.5 percent in Madhya Pradesh to 85 percent in Tamil Nadu.