Topcem Cement, a major cement brand of the Northeast India, on January 28, as part of its CSR programme, constructed a toilet block at Arya Vidyapeeth Higher Secondary & Multipurpose School in Guwahati.

The construction of the toilet block by Topcem Cement was under an initiative of the Rotary Club of Guwahati Luit.

Surprisingly, the toilet block constructed by Topcem Cement has no facility for students and teachers with disabilities.

The Department of Drinking Water and Sanitation envisages equitable and inclusive access to sanitation facilities for persons with disabilities, as an integral aspect of their empowerment to lead a life with dignity. 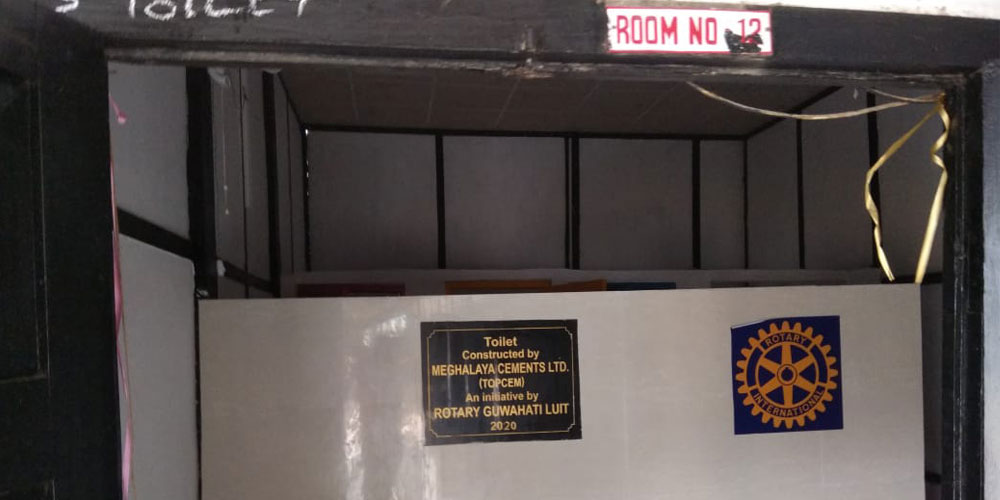 And if anyone if found flouting the government guidelines, is punished under the Persons with Disabilities (Equal Opportunities, Protection of Rights and Full Participation) Act, 1995.

Arman Ali, a disability rights activist and executive director of the National Centre for Promotion of Employment of Disabled People, said be it schools, library, hospitals, or any public building, differently-abled individuals have the right to access toilet facilities.

“The Rights of Persons with Disability Act ensures all facilities be equally accessible to the differently-abled individuals,” Ali said, adding that the government and private organization should consider this while introducing any service for the public.

Purvi Malhotra, communication specialist with the UNICEF said, “We should incorporate different facilities keeping the accessibility and equitability factors in mind.”

“The setting up of separate public washrooms for women is no doubt a good initiative, but it should also be ensured that such facilities are constructed in a manner that they can be used by differently-abled individuals as well,” Malhotra said.

UNICEF has been campaigning across the globe for accessible toilets and other basic rights for boys and girls with disabilities.

Topcem Cement is also being blamed for converting a classroom (Room No 12) in the middle of academic block in Arya Vidyapeeth Higher Secondary School in Guwahati.

Topcem Cement, which is an enterprise of the Lohia Group, headed by Kailash Chandra Lohia, could have spent more money to construct a brand new toilet complex with accessible toilets for the differently-abled students and teachers in Arya Vidyapeeth Higher Secondary School.

Instead, the Topcem Cement management, constructed the toilet block inside the 40-year-old Assam-type classroom by erecting three separating walls, which were only six feet high.

It was also reported that the Topcem Cement management and members of Rotary Club of Guwahati Luit did not inform the Assam Education Department while constructing the toilet facility in Arya Vidyapeeth Higher Secondary School.

Buli Gogoi, Inspector of Schools of Kamrup (Metro) said she did not know that a classroom in Arya Vidyapeeth Higher Secondary School was being converted into a toilet.