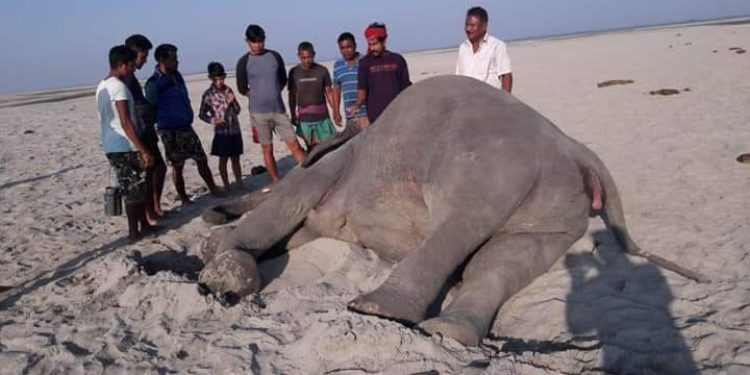 Saturday was a day of sorrow for animal lovers as two elephants died in Assam while 7 elephants were found dead after being electrocuted in Odisha.

In Assam, while an elephant calf died after falling in a dutch at Thurajan tea estate in Golagaht district, an adult elephant was found dead at Janjimukh under Teok revenue circle in Jorhat district.

It may be mentioned that seven elephants died after coming in contact with an electric wire at Dhenkanal in Odisha on Friday.

As per report, this is the highest casualty of elephants in a single incident in Odisha.

As per media reports a herd of 13 elephants was passing through the village in Sadar Forest Range and 7 of the herd came in contact with an 11-KV line. The villagers spotted carcasses of the wild elephants, including a tusker and five female elephants in the morning and informed it to the forest officials.

It has been reported that three carcasses were lying on a road while four others were found inside a canal.

Adding to the list of casualties of wild elephants in the continued man-elephant conflict, recently, two more wild elephants were accidentally electrocuted while straying in the jungle at Wokha district of Nagaland.

Regarding the news on the death of wild elephants in Assam and Odisha, Rathin Barman, Joint Director of WTI and Head – Centre for Wildlife Rehabilitation and Conservation, on Saturday stated on his Twitter handle: “News just came in. Two more elephant death reported from two different areas in Assam. Woke up with 7 elephants death in Oddisa. God please save elephant god.”