Manipur: Visit this village with first carbon-positive tag in India

Phayeng village will receive a grant of ?10 cr in phases to facilitate afforestation in the catchment of river Maklang 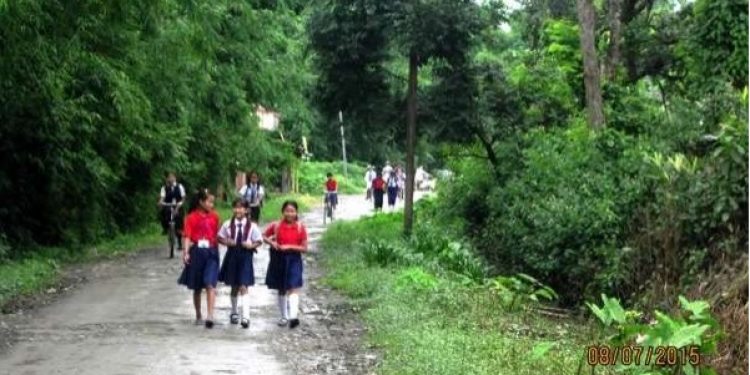 At a time when controversy over the role of forest dwellers in conservation continues, a village in Manipur has drawn attention of all after a forest, developed by its households, has been tagged as India’s first carbon-positive settlement.

After huge objections across the country, the Supreme Court on February 28, 2019 put on hold its own February 13 order for eviction of nearly 11.8 million forest dwellers who allegedly encroached upon forest lands.

According to reports, a village is given the tag of carbon-positive settlement if it sequesters more carbon than it emits, slowing the accumulation of greenhouse gases and mitigating the effects of climate change.

According to reports, Phayeng village in Imphal West district is surrounded by three densely forested hillocks with fruit trees at centre and a stream flowing through it.

The village has reportedly been resurrected from a dry and denuded village of 1970s and 80s.

The residents transformed the village with funding under National Adaptation Fund for Climate Change (NAFCC), a central scheme to support adaptation to climate change impact in various states.

An HT report quoted Angom Gajendra, a former village chief and a forest committee member, as saying: “We had no tree on these hills earlier. Our fathers had deforested them because of timber-related disputes. But villagers started realising that the area had become extremely warm; there was no water and people were falling ill. So villagers decided that the forest should be rejuvenated at any cost. Our umang kanba (forest protection committee) came up with various rules and involved all 660 families in the village in recreating the forest.”

Phayeng is a village having people from Scheduled Caste of the Chakpa community.

The people of the village believe that forest is a sacred grove and with this belief they continued their efforts.

According to government officials, Phayeng is the first Indian village which has been developed on the carbon-positive model.

The report quoted Brajakumar, nodal officer in the climate change cell of the directorate of environment in Manipur, as saying: “Locals have now realised the value of resources. They know that the micro climate can change if the forest is not there. We chose this village because of its strong traditional system of forest conservation.”

The villagers have set some rules for protection of the forest and wildlife.

According to the rules, hunting is completely prohibited in the village except once a year when a deer is usually killed as sacrifice to the “forest gods”.

Outsiders’ entry into the forest without permission if also restricted.

There is also a monitoring system in place for forest fires.

While the entire 200-acre land is patrolled by at least six people every day, only dry twigs are extracted for firewood.

It has been reported that Phayeng will receive a grant of ?10 crore in phases to facilitate afforestation in the catchment of river Maklang that flows along the village as part of the carbon-positive village project.

The fund will have to be utilised for introduction of climate change-resilient varieties of crops, installing solar lights, for setting up a community piggery and poultry farm, creation of water bodies, an eco-resort, setting up of an indigenous knowledge centre and replacement of firewood in kitchen with cooking stoves in the village.

According to the report, most of these works have already been underway.

The report also quoted the nodal officer as saying: “Before the project started, villagers were practising agriculture only in the monsoon months. Now, they work round the year and grow horticulture crops like watermelon, beans, cabbage, broccoli and others apart from paddy. The piggery, fishery and poultry are also enhancing income.”

He also claimed that the project has also increased the income of the villagers by up to 30 per cent.

He also informed that about 25,000 saplings have been planted in the upper catchment area of the river.