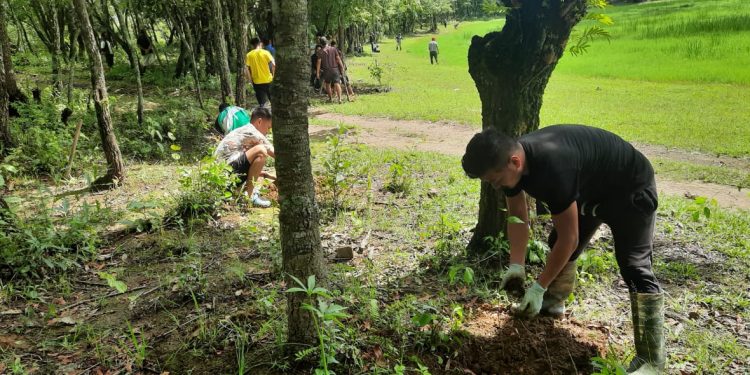 In a move to enhance beautification under its continuous Go Green Campaign, Maram Union and Maram Students’ Union had planted fruit and flower bearing plants in and around Mystic Lizai Lake (Sadim Pukhri) premises in Manipur’s Senapati district.

According to Maram Union, various plants including Cherry, Rhododendron, Mango, etc were planted in addition to the existing natural varieties of trees surrounding this beautiful natural lake since Friday.

The plantation was carried out in support of Senapati Forest Division, Government of Manipur.

Significantly, the date of starting the plantation on June 19 was specifically chosen in commemoration of Manipur Maharaja Sanajoaba Leishemba contesting the Rajya Sabha on the same date, stated a press release.

The lake is situated on a hilltop, with its natural source of water that feed on the lake throughout the year.

Earlier, Maram Union Official had planted a tree sapling in the name of Maharaja Sanajoaba Leishemba.

The event was moderated by Maram Union General Secretary Pungdi.

MKS had been continuously undertaking various environmental activities and tree plantation in Mara areas and Senapati district headquarters since 2009.