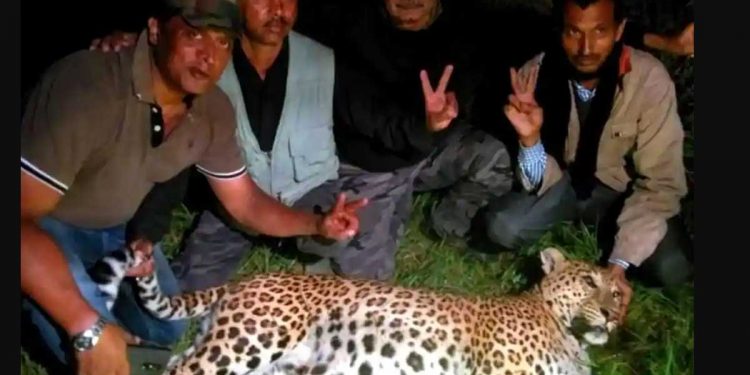 Leopard that killed two people earlier this month in Uttarakhand, was hunted down by hunters engaged by the Uttarakhand forest department in Almora district of the state on Thursday.

Among two people killed by the feline also included a one-and-a-half-year-old child, which had enraged the locals.

The Uttarakhand forest department has so far hunted down two of the three leopards declared as man-eaters.

The elimination of the leopard was confirmed by Sanchita Verma, range officer, Almora forest range.

The dead leopard was a 9-year-old female around 6.10 feet long. Its one tooth and a claw of the front paw was broken.

After the killing of the man-eating leopard, the villagers of the area heaved a sigh of relief.

Forest official informed that three shots were fired on the leopard with .375 magnum rifle and with .12 bore guns, which killed the leopard on the spot.