Former England cricket captain and noted rhino conservationist Kevin Pietersen is in Assam to participate in the Kaziranga Utsav 2020.

The Kaziranga Utsav will be held from March 12 to 15 next.

He was accompanied by a team of professional videographers from Australia. 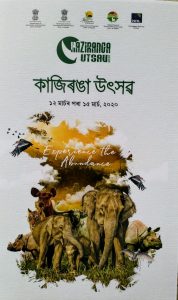 The whole team led by Pietersen has landed in Assam to make a short featuring film on the world famous one-horned rhinos of Kaziranga National Park.

On interacting with the former player of England, Parimal Suklabaidiya has expressed his gratitude for his noble thought and endeavour which he has initiated for the conservation of rhinos worldwide.

The minister has also thanked him for giving special emphasis for highlighting and raising awareness for the one-horned rhinos of Kaziranga National Park.

Pietersen, former captain of the England cricket team, after retiring from cricket, has involved himself in a different field – to create awareness to save the rhino.

The former cricketer now has picked up Assam for his save rhino campaign.

Kaziranga Utsav will be held at Kohora of the famed national park.

The tourism festival, which will be organized by the district administration of Golaghat in association with the state’s Forest, Tourism and Agriculture departments, will be held with an aim to showcase the tourism potential of the Kaziranga National Park (KNP).

Several programmes for tourists and adventure enthusiasts have been lined up for Kaziranga Utsav.

Earlier, the Kaziranga Utsav was scheduled to be held from January 5, 2020.