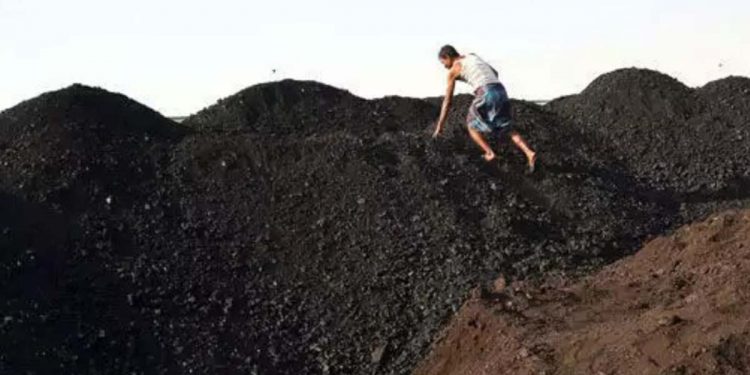 Large scale illegal coal mining is going on during the last three months at Kharsang Coal Field in Changlang district of Arunachal Pradesh and the Coal India Limited is incurring a loss of about Rs 16 to 17 crore every month.

According to sources, one Guwahati-based coal mafia, Navin Singhal, is working in close nexus with officials of the department of geology and mining of Arunachal Pradesh to extract about 16,500 to 17,000 MT of coal every month.

The Kharsang Coal Field in Arunachal Pradesh is under the custody of the Coal India Limited, and the coal block has not been allocated to any company for mining as yet.

The illegal extraction and trade of coal has been going on with the support of district administrations of Changlang (in Arunachal Pradesh) and Tinsukia (in Assam), the sources said.

The sources said a large portion of the illegal coal extracted from Kharsang Coal Fields is converted to coke at a plant jointly owned by Vimal Agarwal, Anil Agarwal and Satish Sharma at Kharsang.

The remaining portion of the illegally extracted coal is transshipped to Tinsukia in Assam, and subsequently transported to different parts of India, with forged documents.

Coke produced at Kharsang is subsequently transported to different parts of Assam, Meghalaya and even outside the region.

In paper, the cartel shows that the coal is bought in Nagaland, and converted to coke in Kharsang. Small quantity of coal is also bought from Coal India Limited’s Margherita Coal Fields.

With fabricated documents, coke produced from illegally mined coal is transported to different parts of India and sold at a premium.

Every day, more than 100 trucks carry the coke produced in Kharsang, the sources said, adding that the illegal coal extraction is causing the Coal India huge loss every month.

A section of officials of Coal India Limited are reportedly part of the nexus.

Cadres of insurgent outfits are also aware of the illegal coal trade in the eastern part of Arunachal Pradesh, and regularly “collect tax” from the coal cartel, the sources said.

In the process, as the highest bidder, Navin Singhal “compromised” a loss of Rs 4,500 per MT of coal, the sources said.

The loss was a design to “legalize” the movement of trucks carrying raw coal and coke from Kharsang.

Earlier, the CBI had opened a case against Singhal and senior officials of the Assam Industrial Development Corporation (AIDC) in connection with a coal scam.

Even the Enforcement Directorate had also registered a money laundering case against Singhal for illegally diverting and selling coal allocated by the Coal India Ltd which was meant for small scale industries in Assam.

Despite repeated attempts, Singhal was not available for comments.

SP Dutta, general manager (mining) of Coal India Ltd, when contacted at Margherita, said the coal in their designated area Kharsang is safe, and there is no report of any pilferage.

“If anyone is extracting coal outside the designated area, which is under us, we will not be able to say anything,” Dutta said.