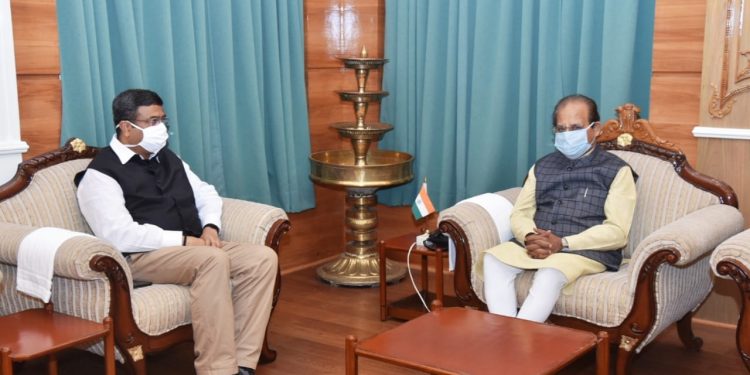 The Governor requested him to ensure measures to quickly douse the fire for the benefit of the environment and the people living in the fringe areas and the State at large.

Union Minister Pradhan who came to Assam on Saturday and visited Baghjan on Sunday along with chief minister Sarbananda Sonowal, met Governor Prof Mukhi as the duo discussed on the immediate fall out of the gushing fire emanating from the condensate gas well in Baghjan oil field on the environment, the flora and fauna as well on the lives and economy of the people living in the fringe areas.

Prof Mukhi drew the attention of the union minister that spewing gas from the well caught fire which is likely to cause an effect on the Dibru-Saikhowa National Park and its nearby areas.

He, therefore, requested the Minister to press into services all sophisticated technologies to control the emission.

He, however, thanked Pradhan for having visited Assam as the people of Assam are eagerly waiting for the fire to control and put a cap on the blow out area.