Two cubs of Himalayan black bear rescued from the Dadam area of Tirap district in Arunachal Pradesh were handed over to the Miao Mini Zoo authority for rehabilitation on Saturday.

The cubs were rescued by one Tangriat Nokbi, a resident of Moktowa village from the dense forests of Dadam circle, officials said.

Nokbi, after rescuing the bear cubs, handed them over to Khonsa West legislator Chakat Aboh.

“As the cubs were too young to be released, Aboh nourished them and once they gained good health, she pursued the Khonsa Forest Division authorities to hand over them to the Miao Mini Zoo for their rehabilitation and safekeeping,” the officials added. 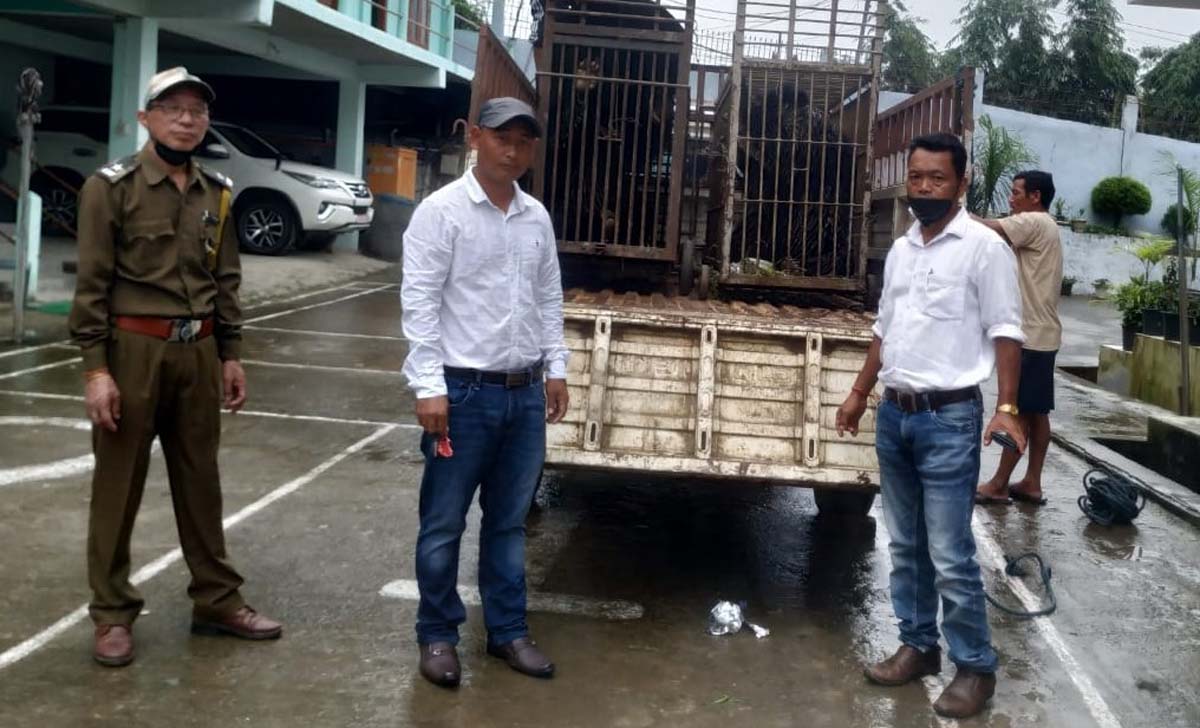 Accordingly, the Khonsa divisional forest officer arranged transportation and handed them over to the Miao Mini Zoo authority on Saturday.

The Himalayan black bear (Ursus thibetanus laniger) is a subspecies of the Asian black bear mostly found in the Himalayas of India, Bhutan, Nepal and China.

This subspecies is listed as ‘vulnerable’ due to encroachment of the human population, forest fires, etc. and these have all reduced the bear’s habitat.

There is also a high mortality rate among newborns.