Unlock 3.0: Why reopening cinema halls will be dangerous? 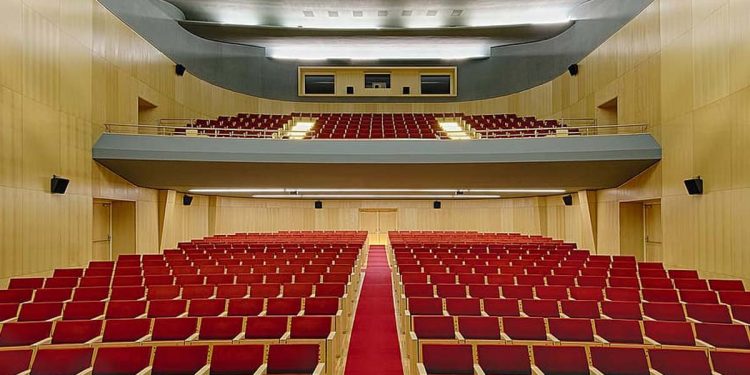 Unlock 3.0 is on the way. The Centre is facing a tricky situation once again. To open but what to open: that is the question. It has no easy answers.

Reports indicate that the Centre is considering requests for reopening cinema halls, albeit with 25 per cent seating capacity as opposed to the 50 per cent that the hall owners want.

Having been out of business for a long time, why hall owners would want 50 per cent viewers isn’t difficult to understand.

Like every other business, the business of entertainment seeks more and more profits.

That said, owners would want to reopen even with 25 per cent viewers because their halls cannot keep their doors shut for a long time without closing down.

At the moment, however, India cannot take the risk of having reopened halls across the country.

Although there are occasional claims that there has been a flattening of the curve in certain places, these are illusory in nature.

If Maharashtra, Delhi and a few other states have been hit hard, Bihar is turning into a hotspot rapidly.

One thing that has come to light during this pandemic is that our healthcare system is thoroughly unprepared to deal with an unmanageable spike sometime in the future.

Cinema halls are places where social distancing will inevitably go for a toss even if the owners try to ensure its antithesis.

Think of the mandatory interval during a show.

Now, visualise the queue near the food and beverages counter, which is part of a usually small amount of space outside the hall.

Maintaining social distancing there will be practically impossible in most Indian halls, which includes the majority of multiplexes.

Even if one assumes that the theatres will have sitting arrangements for 25% of their actual capacity, ensuring a ‘safe’ gap between two individuals will be impossible in many cases.

One has to abandon the idea of 25%, in other words, and think in terms of 10% as the maximum number of viewers to try and give some kind of security to the viewer.

Having such small numbers in the theatres will lead to pathetic business for the owners, and allowing a higher percentage without a proper survey of each theatre’s dimensions and seating capacity can be outright dangerous.

It is true that the business of personal online entertainment is gaining in popularity and reach, with OTT platforms such as Netflix and Amazon Prime Video finding more subscribers and viewership than they otherwise would have.

But cinema hall owners need to accept this as a fact and hope to bounce back someday, which might take a long time.

Even if theatres are reopened with limited seating capacity, how many filmgoers will be brave enough to visit them in today’s times?

Very few, among whom the reckless will constitute the overwhelming majority.

By breaking rules such as not wearing masks inside the theatres when the show is on, such individuals will spread the risk of catching the infection as well as spreading it if they happen to be carriers of the dreaded virus.

A movie hall is not a gym where protocols can be followed with reasonable ease.

When Unlock 3.0 comes into effect, therefore, opening their doors will be a terrible idea.

(Biswadeep Ghosh is an author and freelance journalist. He can be reached at [email protected])