Actress Urmila Mahanta, who plays a pivotal role in the Akshay Kumar-starrer Pad Man, says the audience loves films with strong content and that a movie’s success doesn’t rely just on the banner or superstar.

The year was set to begin with a major box office clash between Sanjay Leela Bhansali’s controversial Padmaavat and R. Balki’s directorial Pad Man on January 25, a day ahead of Republic Day.

But Akshay later announced that he had shifted the release of Pad Man to February 9. 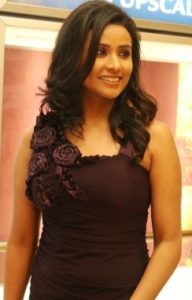 Hailing Akshay’s “kind gesture”, Urmila said, “That is his way of showing respect to Bhansali sir, who faced so many problems due to Padmaavat. It’s a lovely gesture by Akshay Kumar. I am really happy to be a part of this movie and I am looking forward to its release.”

But won’t pushing the release date of their film affect its business?

“I don’t think it matters. Content is bigger than the production house and the superstars. If you have strong content with strong performances and a team, I think you can release your film any time and the audience will still love it,” she said.

“It is Akshay’s movie and he has a huge fan following, and the director is R. Balki. He is a very competent and experienced director. And the subject is all about women’s hygiene. It’s the need of the hour.”

“After Pad Man, I think people will be more aware of the importance of hygiene for ladies. This is a lovely initiative by a superstar. Because of the movie, people will get to know about the problems that women face, especially in villages,” said Urmila.

The Manjhi – The Mountain Man actress, who has featured in Hindi, Assamese, Bengali and Malayalam films, is also excited about her work in Beyond the Clouds by Iranian filmmaker Majid Majidi.

“It will release this year. It was a learning experience for me. When I was studying at the Film and Television Institute of India, I got a chance to watch his movies. I never thought that one day I would get to meet him face-to-face. And by God’s grace, I got a chance to get directed by him,” said the thrilled actress.

The Assamese actress, who moved to Maharashtra over 10 years ago, has also signed three movies in her native language.

“It’s too early to talk about them. All the Assamese films have good content with strong messages,” Urmila said.

“Being Assamese, I always support Assamese films but they cannot be compared to Bollywood. It is quite small, though we have a long legacy since the 1930s. Bollywood, on the other hand, has a worldwide viewership. It has a market,” she said.

“And the Assamese film industry is fighting for survival. But we have good content and talent. The fundamental problem is there is no structure. Our films need to be given proper time, publicity and distribution. We need theatres too,” she added.

For the growth of the Assamese film industry, she expects the state government to step in.

“We need support from our government. In Maharashtra, Marathi films are given prime time shows irrespective of any Bollywood release,” said the Pad Man actress.

“The Assam government should take a step and pass a law. If people go for Hindi movies then they will go for Assamese films too,” said Urmila.