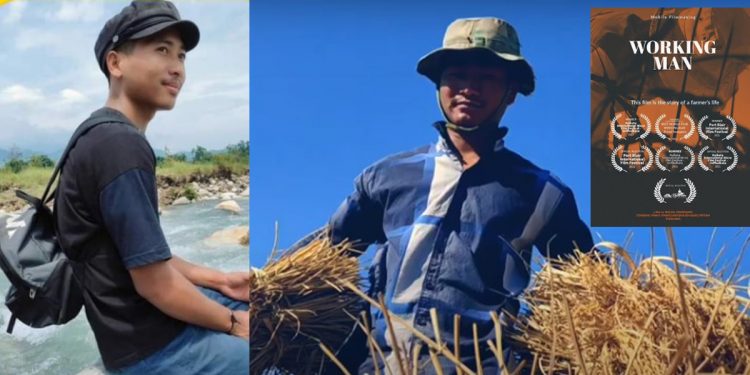 Bishal Swargiary (left) and a screenshot of the short film ‘Working Man’.

The short film also emerged as the winner at the Kolkata International Micro Film Festival.

The film, which is on the life of a farmer, has Pinku Swargiary, Brajen Baro and Pritam Thakuria as cast members.

Filmmaker Swargiary is a resident of Paschim Rehabari village of Baghmara under Asam’s Baksa district.

“I made the film with my Redmi Note7 Pro mobile and edited it through a mobile app in Kinemaster and submitted the same to the international film festival,” filmmaker Swargiary said.

“And the film so far has received three awards at the international level,” he added.

“This film is the story of a farmer’s life. The farmer goes to work in the farm after waking up early in the morning. The money he gets from the work is the money that bears the expenses of his family,” Swargiary said.

The film has also been on the list of the official selection for the Khamrubu International Short Film Festival, Guwahati in ‘First-time filmmaker section’.