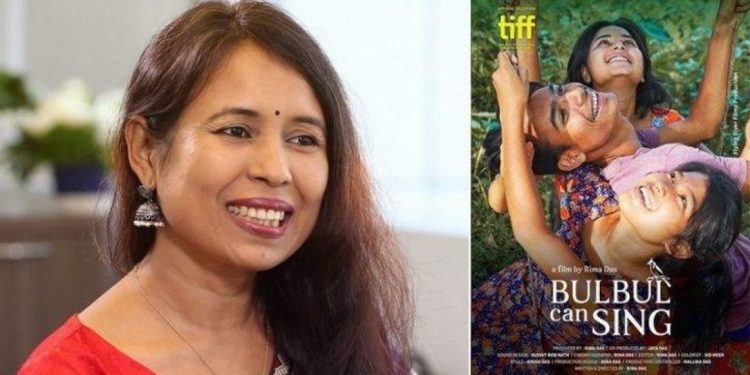 Rima Das and poster of Bulbul Can Simgh

Assam filmmaker Rima Das’s critically acclaimed Assamese feature film Bulbul Can Sing has been raining awards as this time she bagged the Best Director Award at the tenth edition of Jagran Film Festival in Mumbai.

Rima expressed her delight to be jointly given the award with eminent West Bengal filmmaker Aparna Sen.

Sen had also won the Best Director Award at the film festival for her film Ghawre Baire Aaj.

Informing about her win, Rima stated on Facebook,” I’m happy to receive the Best Director award for Bulbul Can Sing at Jagran Film Festival. It’s such an honor and privilege to share this award with veteran filmmaker Aparna Sen. “

“A big thank you to the jury and the festival for bestowing this honor on me. Also, warm congratulations to all the winners,” she added

Based against a rural backdrop, Bulbul Can Sing is a visceral coming-of-age drama about a teenage girl, Bulbul, living in a village in Assam, fighting her way through love and loss as she figures out who she really is.

Also read: Bulbuls Can Sing: An aesthetic poem on celluloid

Jagran Film Festival (JFF) is a unique film festival and is an initiative of the Jagran Prakashan Group.