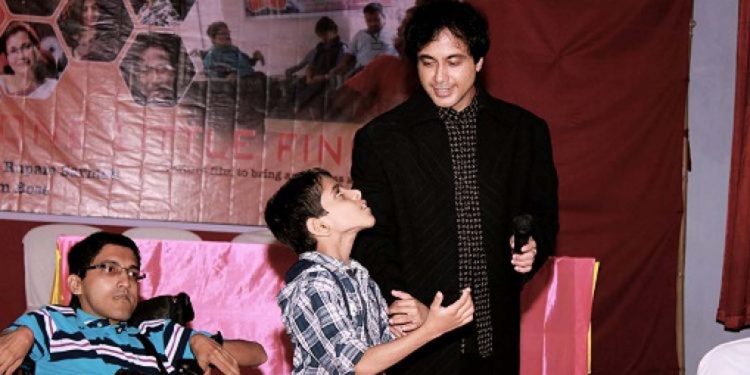 Assam-born musician, filmmaker singer and songwriter Rupam Sarmah’s movie, ‘One Little Finger’ has been in the race for the Academy Awards 2020.

The movie has been nominated for the Academy Awards 2020 in three categories – Original Song, Best Film and Best Original Score.

‘One Little Finger’ by Rupam Sarmah, who hails from Assam’s Jorhat and presently based in the United States of America, has already won several awards across the world.

It was also selected for Jury Mention at the Dada Saheb Phalke Film Festival – held in New Delhi.

‘One Little Finger’ also received the world’s largest honour for video and TV content with three awards in music, direction, and social awareness in the 40th annual Telly awards in the United States.

“One Little Finger is pushing the boundaries for video and television innovation and creativity at a time when the industry is rapidly changing,” Sabrina Dridje, managing director of the Telly Awards, had said.

The movie is about an American neurologist (Tamela D’Amico), who uproots her life to study music therapy in India and ends up helping people with disabilities by bringing them together through music.

Filmmaker Sarmah, who has directed and written the film, is also an entrepreneur and computer scientist, currently resides in California.

The movie, which has 80 persons with disabilities, has drawn the attention of film critics across the globe.

Rupam Sarmah said the movie is a narrative feature film that has brought awareness about disability and human rights and promoted inclusion and diversity.

“Over 80 children and adults with disabilities have acted in this film. Some of them have genetic disorder, cerebral palsy, hearing impairment, mental retardation, autism, downs syndrome, multiple sclerosis and dementia,” said the filmmaker.

“Over a billion people live with some form of disability. One child in 20 is disabled, but physical disability is not a chance, or unfortunate occurrence, it is part of the human life cycle as we age or take turns in our life. In fact, we all know someone or our loved ones in our families with some disabilities who needs our love — could be our parents, friends, brothers, sisters, children; so we need to treat everyone with love and respect as a human being,” he said.