This international model has done magazine covers for Grazia, Conde Nast Traveller, Travel & Leisure and Cosmopolitan. She has done fashion editorials for Harper’s Bazaar and Vogue, and centrespreads for Elle, Verve and a lot of other magazines 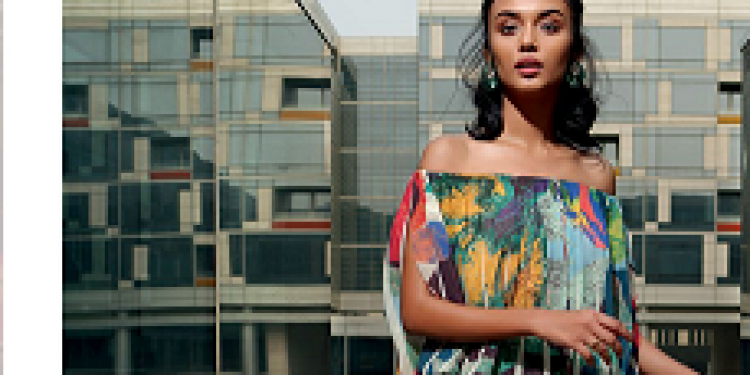 Assamese beauty Madhulika Sharma of Guwahati is not just an explosion of new faces on the runways.

Guwahati-born international model Madhulika Sharma is not just an explosion of new faces on the runways. Success takes more than a moment. Many newcomers have burned bright or latched on to one of the many designer ‘squads’ only to never work much beyond one brand, or simply get lost in the endless shuffle of a business often focused on novelty rather than longevity.

But, Assamese beauty Madhulika Sharma has been “silently” making waves in the national and international modelling arena (read while staying in Delhi). While Assamese models Dipannita Sharma and Monikangana Dutta are “everywhere”, 20-yr-old Madhulika has been away from the media glare and is slowly emerging as a standout model. Of course, her face was screaming out of the big Fabindia advertisement which was displayed on the Big Bazaar building (from the year 2016-2017 in Guwahati).

This international model has done magazine covers for Grazia, Conde Nast Traveller, Travel & Leisure and Cosmopolitan. She has done fashion editorials for Harper’s Bazaar and Vogue, and centrespreads for Elle, Verve and a lot of other magazines.

The stunner has also done campaigns for Raw Mango, Bodice, Tarun Tahiliani, Manish Malhotra and Good Earth. She has done beauty campaigns for Christian Dior cosmetics, Mac cosmetics, Beauty Blender, etc., all of which has been shot in the US. Madhulika has walked the ramp for almost all top designers like Shivan & Naresh, Patine, Sabyasachi, Manish Arora, Nanushka, some of whom participate in Amazon India Fashion Week.

Says the 20-yr-old, who did her schooling from Army Public School, Narengi (Guwahati), “Modelling happened to me by accident. I never planned it. I had posted one of my photos on Instagram and that is how I caught the attention of the various modelling agencies while studying in Delhi.”

Madhulika’s androgynous appeal works for alternative modern brands and her girl-next-door attitude is what attracted me the most as she cuddled on the sofa next to me in her Guwahati residence (while I sipped a glass of pineapple juice). “My first campaign was for Anju Modi’s (read very famous Indian designer) ‘Bajirao Mastani’ collections. One of my landmark campaigns that proved to be a springboard for my career was Fabindia’s Rajwada Collection. The publication was immensely widespread and it was everywhere – from hoardings to bus stops to banners to magazines. This was in September 2016. I felt amazing and I saw myself magnified 10 times. People would stop and stare at me and I would feel very humble and grateful,” she remarks.

She continues, “And then came October 2016 – I started booking shoot after shoot with the top photographers and stylists. My biggest struggle was that I had to juggle full time between university and modelling while also being involved in debating.”

She is a student of Miranda House pursuing Political Science Honours and also does a lot of inter-college debating tournaments. The international model has been featured on the Business of Fashion as one of India’s most promising faces for international fashion as she puts in, “I have done campaigns for major commercials and designer brands.” Madhulika is presented by INEGA in India and MUSE in New York.

How’s a day in the life of Madhulika? “I wake up, meditate, go to the university, shoot, come back home, do an assignment and go to bed. My life is also like – board a flight to Mumbai, Bengaluru and other fancy destinations of India that only look fancy.”

The stunner says that “everything is not exhilarating about modelling” –  It’s not about days spent running around a new foreign city on castings, or on shoots having hair and makeup done under a halo of vanity bulbs, wearing designer clothes and being waited upon.

Madhulika reminisces, “I have shot in the most challenging circumstances, especially when you have to go against the weather conditions and all different types of topography. I was shooting for a top magazine for a festival in Kerala where the men paint their bodies as tigers. Because of the use of acrylic paint on skin, the men are extremely irritable and so they consume large amounts of intoxicants to keep the pain at bay. It was raining too and we had a very small team. I can never forget the last few shots. At that moment, we had given up hope and we just realised that the sun had set. Shooting amongst these dressed-up drunk tigers was not a cakewalk. I can never forget that day. It was a very difficult day.”

Does she get discriminated for coming from the North East? “Though I am from Assam, people actually appreciate my distinctiveness and the different perspectives that I have to offer. I grew up in a very analog world constantly surrounded by greenery and led a very humble lifestyle.” Madhulika’s father is a banker while her mother a designer – settled in Guwahati.

Giving a further peep into her modelling world, she says, “I was very lucky to be introduced to the international market in New York which enabled me to meet big clients and other people of different backgrounds. I got the international exposure in May 2017 but haven’t started ‘show season’ yet because of college in India.”

Madhulika has hopes of running her own social charity one day – “I want to help underprivileged children and contribute to the environment. These are my biggest passions. I am also passionate about women and children’s rights, the environment and in matters of advocacy of diversity.” She has been volunteering at the Indian Council of Child Welfare, Guwahati since her school days (recently she attended an event) and believes that the “ability to give a child one’s time and energy to share knowledge is an empowering way to create a well aware citizen for the future”. The international model also regularly donates to the WWF (thanks to a modelling assignment that opened her eyes to the grasslands of Bhandavgarh in Madhya Pradesh) for funding forest rangers’ kits and anti-poaching techniques.

Madhulika feels that one of India’s largest problems is that Bollywood and fashion are treated as similar industries. She wishes that fashion models should be placed on top magazine covers just as it happens abroad and also wishes for “professionalism and transparent payments, inclusivity in terms of models of darker skin and the LGBT queer community”.

She signs off by saying, “I definitely want to be a supermodel but only time will tell. I was offered the casting for many Bollywood films but want to focus only on fashion for now. Till the time I think I have made it, I want to come back and work for the betterment of the people of Assam.”

By taking the attention garnered from exclusives or test runs during couture and translating it into work with the best stylists and biggest labels, Madhulika has set the stage for accomplishments beyond the runway.