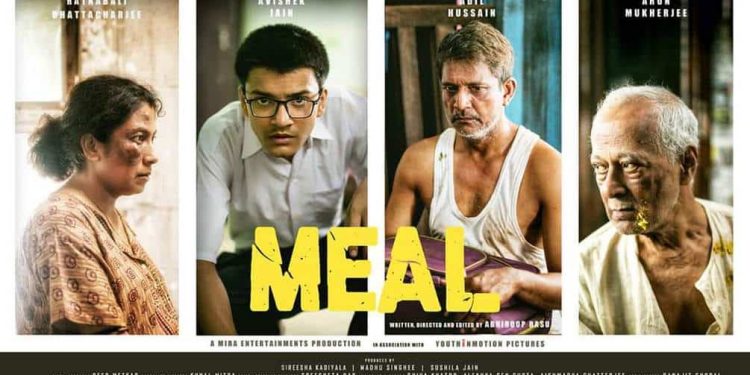 The movie directed by young filmmaker Abhiroop Basu is releasing on MUBI India.

It is releasing on February 16 next.

MUBI is the only digital platform dedicated toward Art House cinema.

It is an online movie theatre where one can watch, discover, and discuss films.

Later in August last year, this 11-minute film was one of around 100 — selected from thousands of — entries to screen at the Oscar-qualifying Odense international Film Festival, Denmark.

Notably, ‘Meal’ was the only Indian short film to have been selected for the film festival.

It was screened in the main competition category.

The movie portrays a dysfunctional family who sits together for their customary morning meal amidst communal tension outside.

The other actors in the movie along with Adil are Ratnabali Bhattacharjee and Arun Mukhopadhyay.

The story is written by Abhiroop Basu himself.