An Assamese rap is breaking out of the margins: Know more 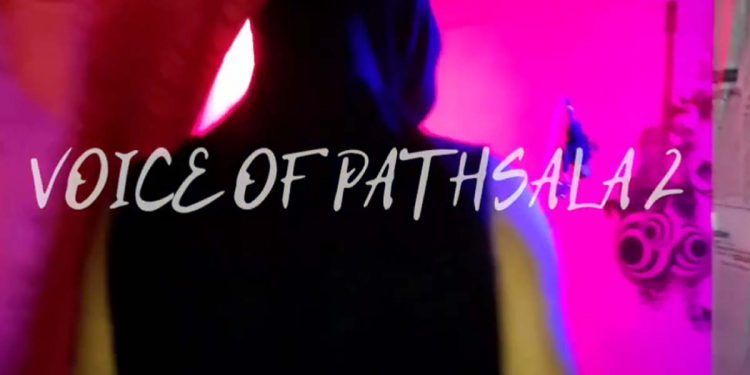 YouTube and other social media platforms, over the years, have become breeding grounds for talents.

Today, it takes only the click of a button for something to go viral and reach a million viewers worldwide.

Adding up to this never-ending tally of viral posts is rapper Rhinex Bubu, whose latest Assamese rap Voice of Pathsala2 has been adored and loved by people in large numbers.

The song speaks about life, its struggles and why should one put up a fight and never think about quitting.

The song oozes positivity in abundance and you will have to listen to it to feel it.

Rhinex Bubu, whose original name is Hemanta Dutta, while speaking to Northeast Now said that he never expected the song to become viral to this extent.

“To be honest, we never imagined so much of love when we made the song. We thought even if we get around 50 shares, then we would be happy. But we have received much more than it,” Dutta said.

An employee of the Indian Railways, Hemanta compose music whenever he gets some free time and Voice Of Pathsala2 is an outcome of such free-time creativity.

“Through the song, I have shared my heart out. The COVID-19 pandemic has made everyone sad and the situation is extremely gloomy. All I wanted to say is that everything will be fine and we will find a solution to our every problem,” Hemanta added.

“One should not run away when one faces a problem,” he further said.

“I have gone through a very bad phase in life. But I have fought hard and come out strong. Today I am happy. And I wanted to convey this message to the world,” he added.

One of the best aspects of the song is the use of local Assamese dialect spoken by the people of Barpeta district.

“I have spent my entire life here and I am at ease when speaking in my local dialect. This was the reason I wanted to sing in our local dialect,” said Hemanta.

“I wasn’t sure how would people react to it. But all my anxiety vanished when people not just loved the song, but also hared it,” he added.

“Music is beyond the periphery of language. The success of the song has inspired us to create many more songs in the future,” he further added.

The video of the song has been shot and edited on a mobile phone and the man behind this is Hemanta’s friend Bikash Das aka Neel Bikash.

“Bubu da is like a friend to me and we have worked together on four songs earlier. When he made me listen to the new rap, it stroke a chord and I immediately knew we need to make a video,” said Bikash while speaking to Northeast Now.

“The video was shot and edited on a mobile phone. We downloaded a beat from YouTube and then I did the mixing and mastering of the song,” Bikash, who is a wedding photographer by profession, further added.

“I thank all the viewers who have loved the song and shared it in their social media platforms,” he further added.

Such has been the impact of the song that it also impressed noted singer Joi Barua, who has also shared the video link on his Facebook page.

If you are yet to listen to the song, then click the ‘link‘ and listen to it.