In the book, Sawian writes with the sensitivity and authority of a true Shillongite 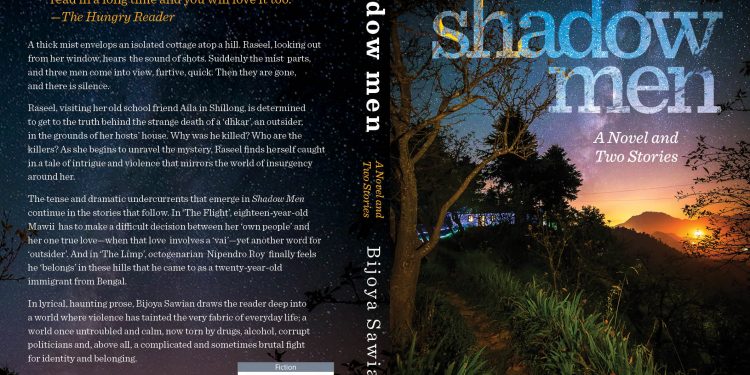 Celebrated writer and translator Bijoya Sawian’s book Shadow Men: A Novel and Two Stories has been shortlisted for the Rabindranath Tagore Literary Prize 2020.

In Shadow Men, published by Speaking Tigers, Sawian writes with the sensitivity and authority of a true Shillongite, bringing out the problems of insurgency and identity that trouble this Northeastern state, as well as its beauty.

Shillong remains the true hero in these stories, as Bijoya Sawian draws the reader into a world where the downside of a matrilineal society, the scourge of drugs, alcohol and corrupt politicians, the disconnect with mainstream India, and above all, the fight for identity and belonging, threaten to rock this idyllic hill state that was once a paradise and, perhaps, no longer is.

Bijoya is a translator and writer, who divides her time in Shillong and Dehradun. Her works essentially deal with the life and culture of the Khasi community of Meghalaya.

The Teachings of Elders, Khasi Myths, Legends and Folktales and About One God are three of several books that she has translated from Khasi into English.

Several institutes of repute, including the Sahitya Akademi and the Institute of Folklore Studies, Bhopal, have published her short stories and critical essays.

Her original works in English include A Family Secret and Other Stories.

The winner of the Tagore Prize will be announced at an award ceremony expected to take place in New Delhi in October, 2020.