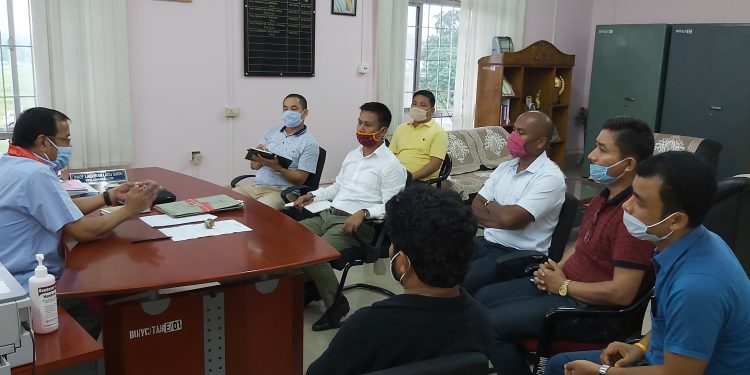 A delegation of the All Bodo Students Union (ABSU) under the leadership of Dipen Boro, president of the union, along with eight leaders of the union met vice chancellor of Bodoland University on various issues.

ABSU met him to know more about the issues and difficulties faced by the University in smooth functioning and progress.

In this regard the VC has mentioned many of the pertinent matters that need to be addressed by the State Government.

He said that ABSU demanded and appealed to the state government to fulfill all those problems.

In this regard, the Union will meet the State chief minister and the education minister in the days to come.