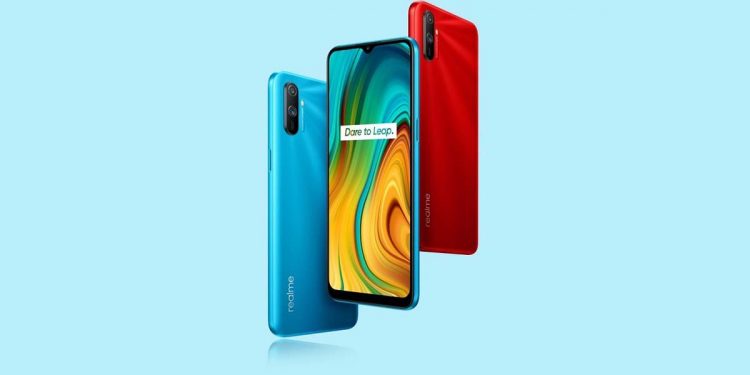 Realme C3 with 5,000mAh battery and dual rear cameras has been launched in India.

Realme C3 is the successor of the Realme C2, the popular budget smartphone offered by Realme.

According to media reports, the smartphone will be sold via Flipkart, Realme.com.

The smartphone will also be available in the offline stores across India.

The Realme C3 comes with a waterdrop-style notch and a slight chin at the bottom.

Among the other key features include a 6.5-inch HD+ display with 89.8 percent screen-to-body ratio, a MediaTek Helio G70 octa-core processor.

The smartphone will be available via Flipkart and Realme.com from February 14 at 12 pm.

The consumers can also avail of the launch benefits.

These include Jio benefits worth Rs. 7,550, while the first sale on Flipkart will also see a minimum Rs. 1,000 off on exchange of any smartphone.