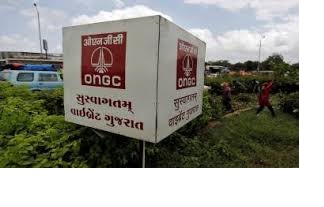 ONGC Assam Asset headquartered at Nazira in Sivasagar district while stressing on its connect to the people of the State has taken credit for contributing towards  Sivasagar district having the highest per capita income among the districts of Assam.

A press communique issued by its Corporate Communications division stated that the per capita income of Sivasagar district was the highest compared to other districts of Assam as per report of internationally reputed professional service firm PricewaterhouseCoopers (PWC) and ONGC had played a major role to boost the economy of this area.

The communique further said that ONGC had directly recruited 1486 local unemployed youths in the last few years in various categories and plans to recruit 152 more through direct employment in the current financial year.

“Thousands of local families are benefitted through indirect employment and other opportunities,” the communique said.

The communique stated that despite many constraints like difficult terrain and logistics, heavy rains and  flood, bandhs and barricades, ONGC had been able to arrest declining trend in production and in fact enhanced production of oil and gas from the old and matured fields of Assam Asset and that ONGC Assam Asset had realized the targets in all critical areas as compared to previous (financial) year 2016-17, exhibiting exemplary performance in terms of oil production, gas production, water injections, drilling cycle speed, workover jobs and Workover Index in the FY 2017-18.

It may also be mentioned that ONGC has signed an MoU with the Government of Assam for investing more than Rs 13000 crore during next five years in Assam for enhancing its exploration and production (E&P) activities. This investment will be made for drilling more than 220 oil and gas wells in next five years. ONGC is also intensifying its exploratory and development activities through Survey and construction/revamping of surface facilities.

The MoU was signed as part of the two-day Advantage Assam: Global Investors’ Summit 2018 held at Guwahati on February, 3 and 4. ONGC is also part of a consortium, which includes OIL, IOC, NRL and GAIL for construction and laying of 1500 km long gas pipeline/grid to connect all the eight North Eastern states to help industrialization in the region at an investment of Rs 6,000 crore.

ONGC would also be enhancing its investment in Assam by 27 per cent over the next five years as compared to previous five years.

“The investment planned will further lead to increase in production from the State. ONGC is further giving impetus to its activities in alignment with the Prime Minister’s call for reducing import by 10 per cent by 2022 and North East Hydrocarbon Vision 2030,” it stated.

As regards its CSR activities, the communique said that in the last financial year and presently, ONGC had constructed 12,158 IHHL (Individual House Hold Latrines) at a cost of Rs 14.58 crore in Sivasagar and Charaideo districts.