The buyer of the loss-making carrier will have to take on a fixed debt of Rs 23,286.5 crore 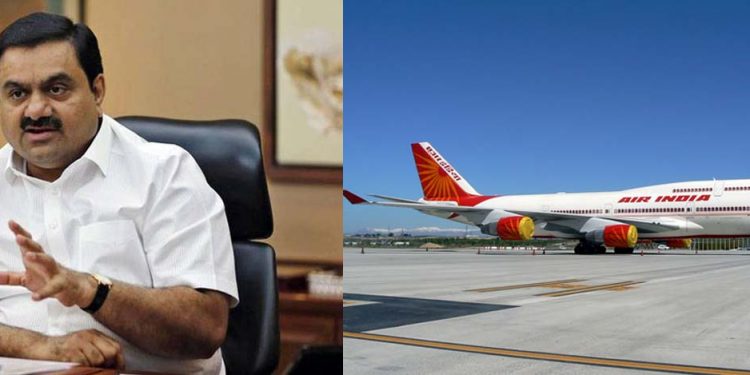 With the central government gearing up to sell its entire holding in Air India, billionaire Gautam Adani’s group is mulling to buy the loss-making carrier.

The central government is offering to sell its entire holding in the loss-making carrier along with its entire interest in its low-cost arm and 50 pc in the ground handling unit.

It has been reported that parties like Hindujas, IndiGo, New York-based fund Interups, and Tata Group are also considering to put in an expression of interest (EoI) as the bid deadline is nearing.

According to a report, the buyer of the loss-making carrier will have to take on a fixed debt of Rs 23,286.5 crore along with certain identified current and non-current liabilities.

Air India has been running in losses in the last few years.

According to the latest data provided by the carrier in reply to an RTI application, loss-making Air India, which is being disinvested by the government of India, has outstanding dues of over Rs 822 crore towards VVIP charter flights.

In its RTI response to Commodore Lokesh Batra (retired), who sought to know the latest data on outstanding bills of Air India, Air India informed that as on November 30, 2019, an amount of Rs 822 crore was pending towards VVIP charter flights.

According to reports, the Airports Authority of India (AAI) has restricted a group owning an airline to hold no more than 27 percent in the airports.